The EA 1776 horn, carved with chicken like turkey, some sort of rope design and a large flowering plant. It has a nice deep honey brown patina.

The horn was purchased from a descendant of Col. William Goodwin, who fought in the New Haven Alarm in 1779. It came with three letters from his son Harley dated 1819, 22, 40 and a poem.

Research shows that Goodwin’s daughter married into the Austin family and Eliphalet Austin served in the New Haven Alarm with Goodwin. The only man serving in that company with the “EA” initials….so it is pretty clear that the horn was his. Austin has a nice military record of which I have copies and he migrated West to Ohio. There he founded Austinburg, Ohio and became its first Mayor. The horn is all in tact and is 14″ long. 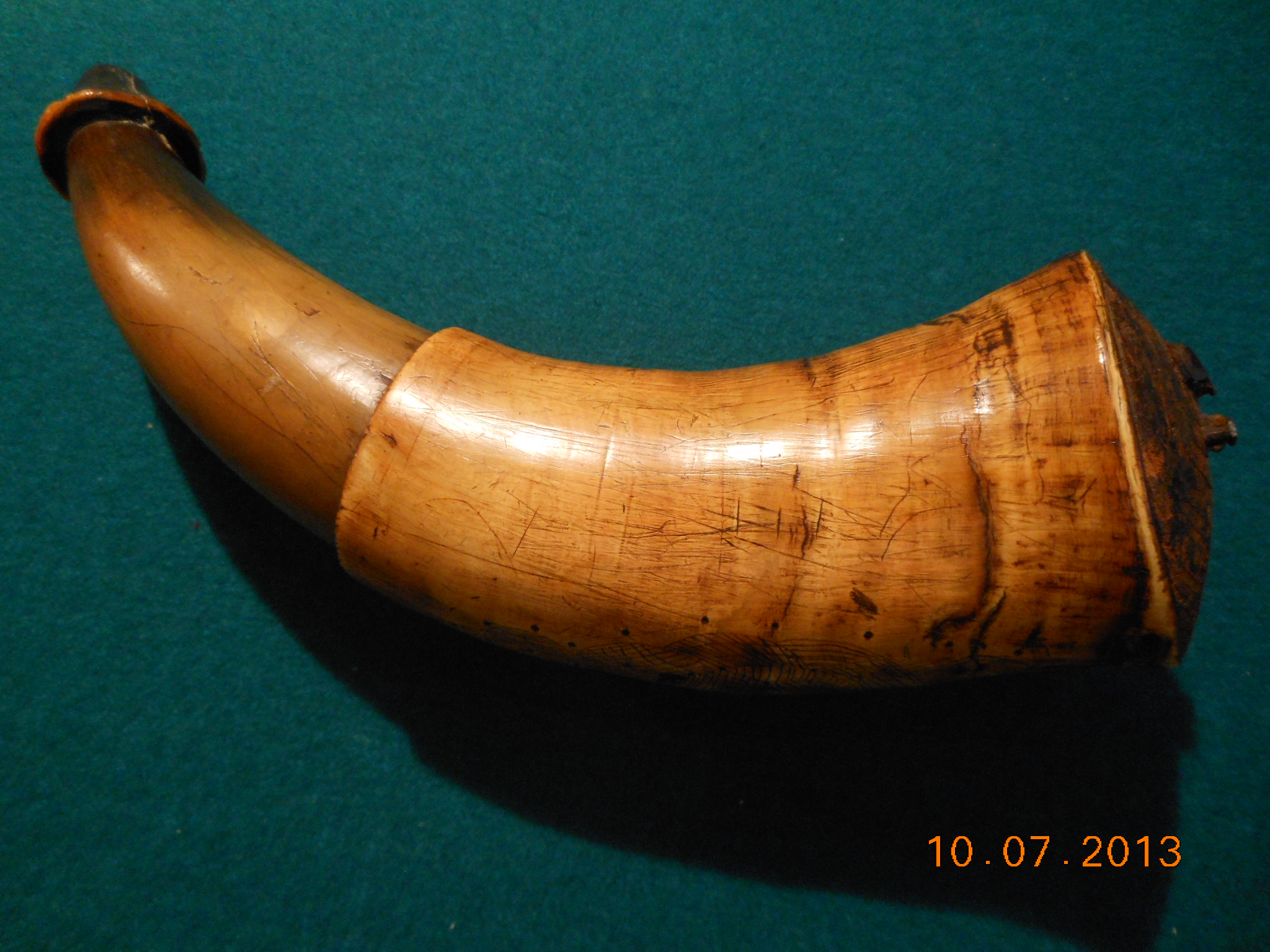 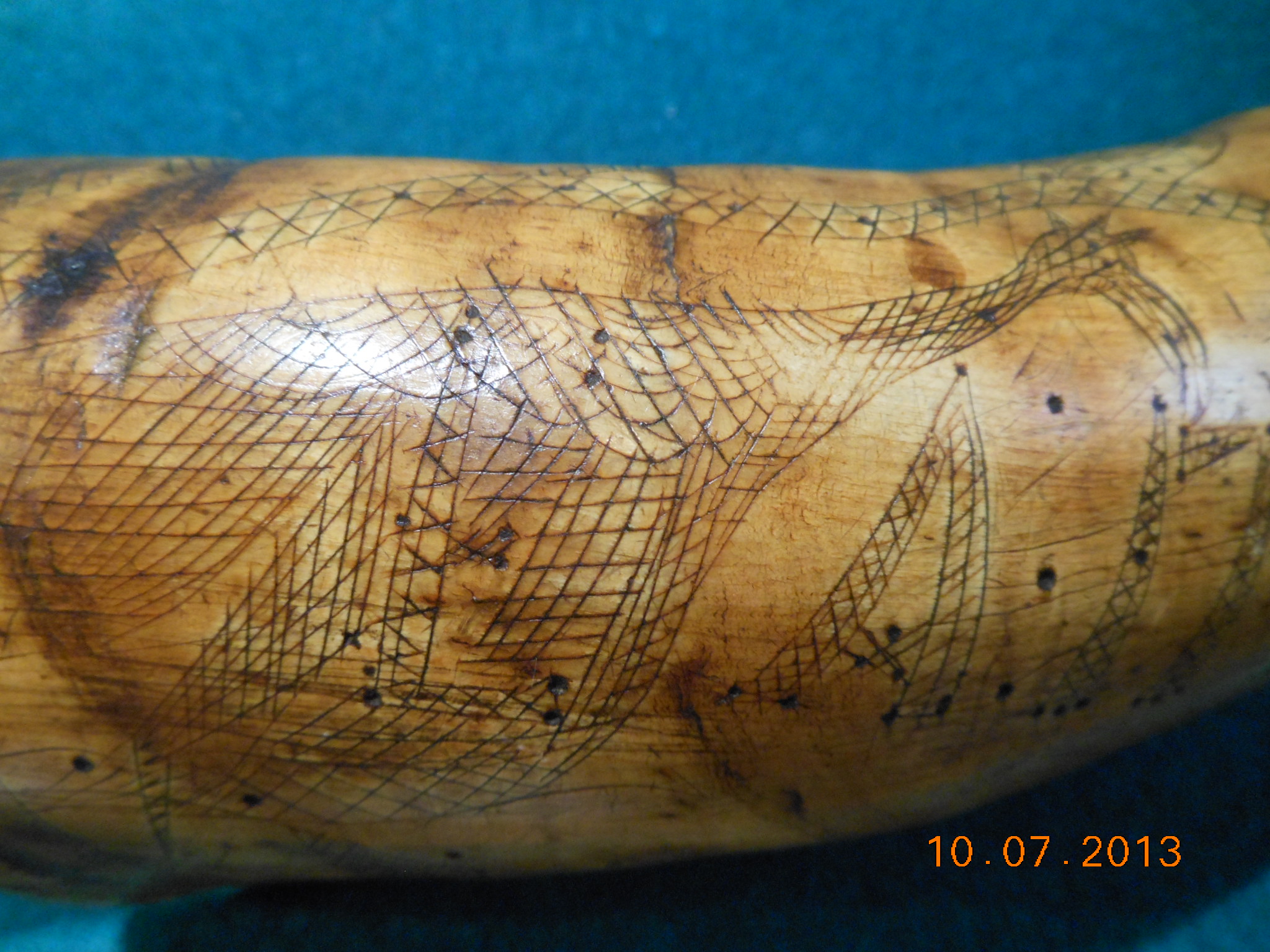 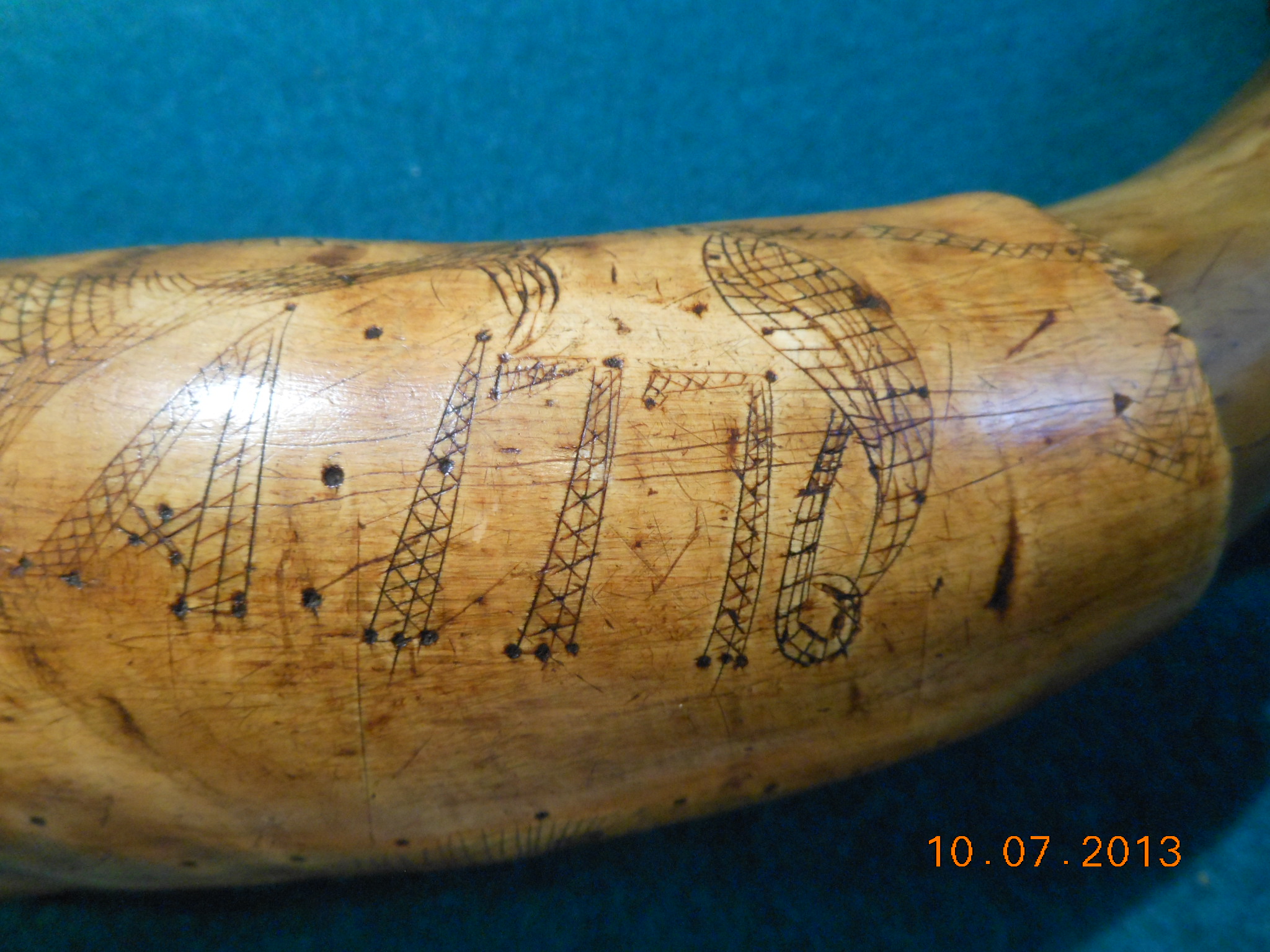 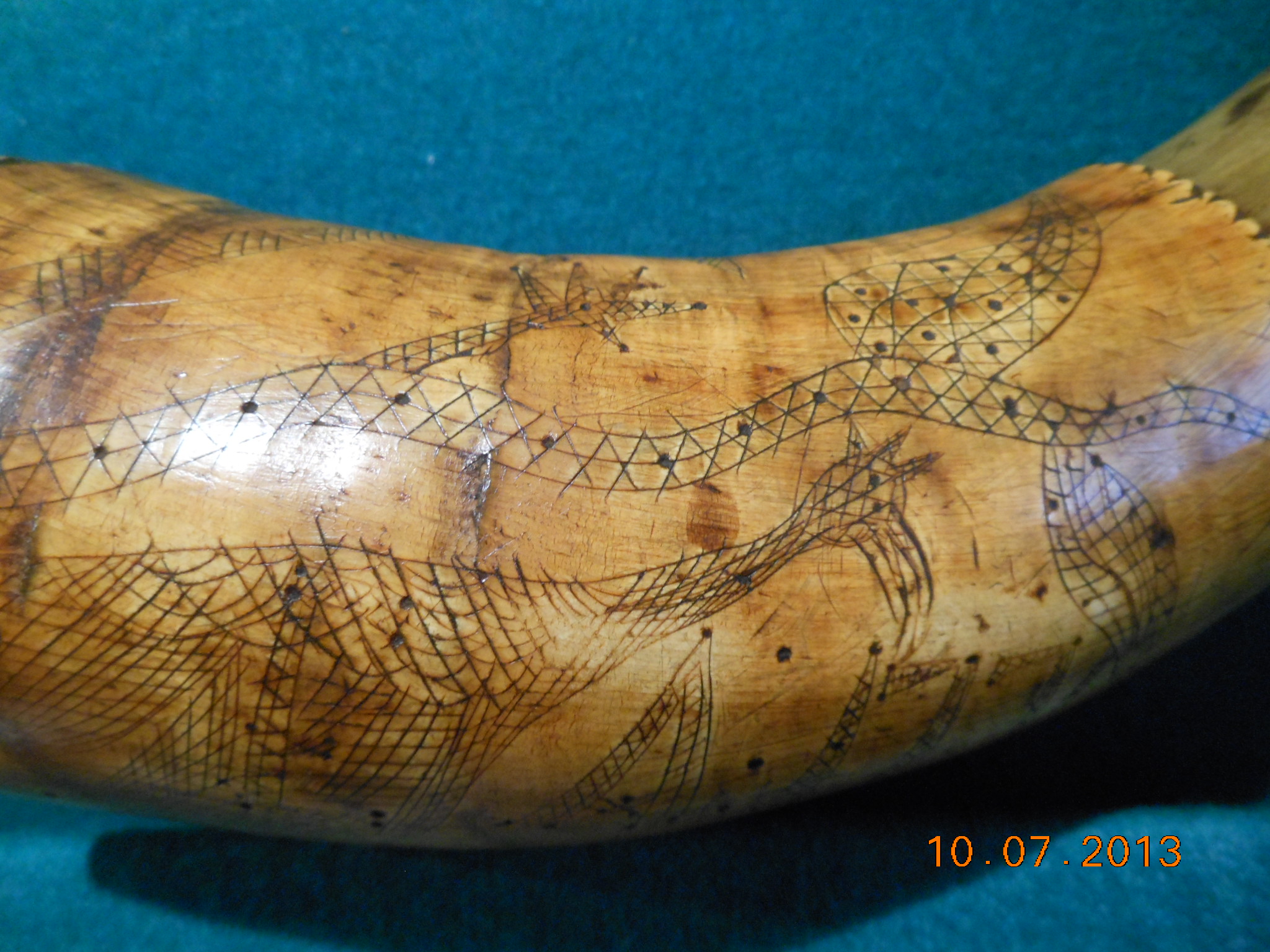 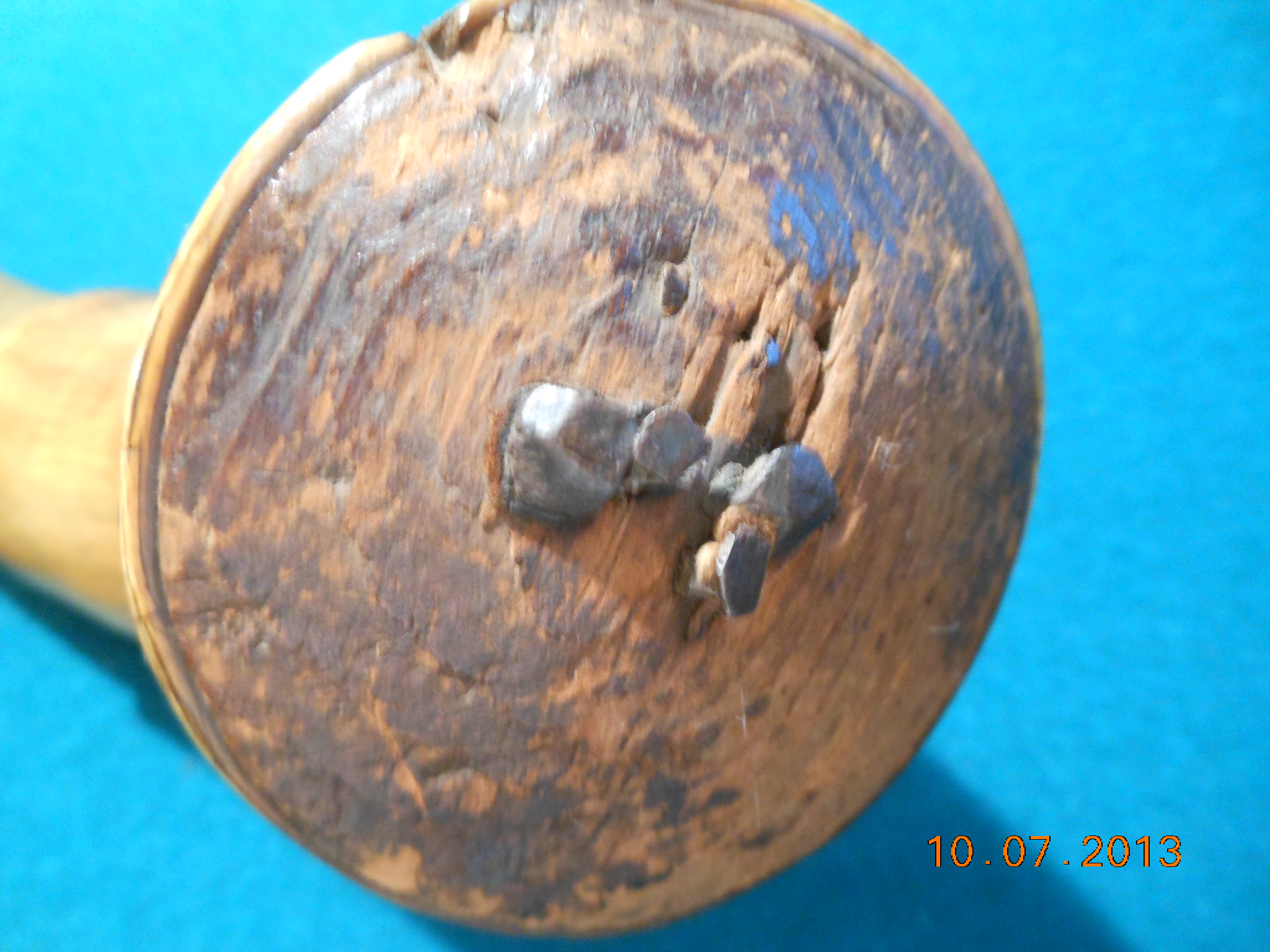