John Lyon, Conn 1765 – A nice map horn with the British Coat of Arms and the towns of New York, Boston, Albany, Quebec, etc. Around the base of the horn is inscribed, ” JOHN LYON. CONN. 1765 “. It still has the original deer hide strap around the neck with a hand forged S hook attached. The base plug is red painted wood with a turned knob, wood pegs and the strap wrapped around a few times. All intact and in excellent original condition.

John Lyon was from Redding CT and was a Loyalist who fought for the British as a United Empire Loyalist ( UEL ) as a member of the Queens American Rangers, June 20, 1776 until 1783. He served under Robert Rogers who formerly commanded Rogers’ Rangers, during the French and Indian War, then after Rogers, he served under Lt. General John Graves Simcoe. Major Rogers gave John a warrant to recruit men from the Redding area and 22 men signed up. The Regiment was based on Long Island. For at least 5 months, John held the rank of Captain and later his regiment became part of General Browns Corp. and it is very likely that John took part in the successful raid on Danbury, Ct., where Rebel supplies were destroyed in April, 1777. Many Lyon relatives served in UEL regiments; Queens Rangers, NY Volunteers, and the Loyal Foresters of New England. John Lyon is descended from Richard Lyon, whom settled in Connecticut in 1648, having emigrated from Scotland with two other brothers. John was born on November 16, 1739 in Redding CT., and died December 13, 1818 in Kingston, New Brunswick, Canada. He was married to Hepzibeth Betts in Wilton CT. in 1759. After the War, the Lyons migrated to Canada. They left Huntington Bay, LI., on the transport ‘Union’ in April, 1783 and landed in Saint John,  New Brunswick. After a few days they took a smaller boat up the Saint Johns river to Kingston where they were granted lot #5 of 200 acres, for their service to the Crown. It took a few years to establish a farm and they remained there in Kingston, Kings County for the remainder of their life. John and his wife are buried at the Trinity Anglican Cemetery  in Kingston,  Kings County, New Brunswick, Canada. A picture of  Captain John Lyon’s grave stone is pictured below. Along side the stone is one of his descendants, Stephen Davidson.  Length of the horn is 16″. 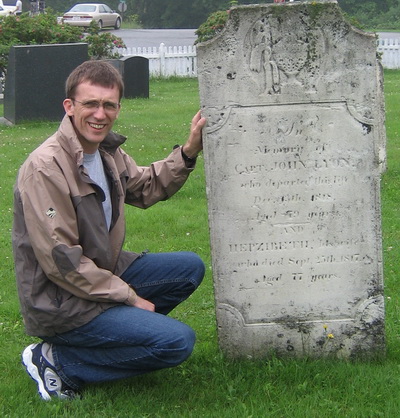 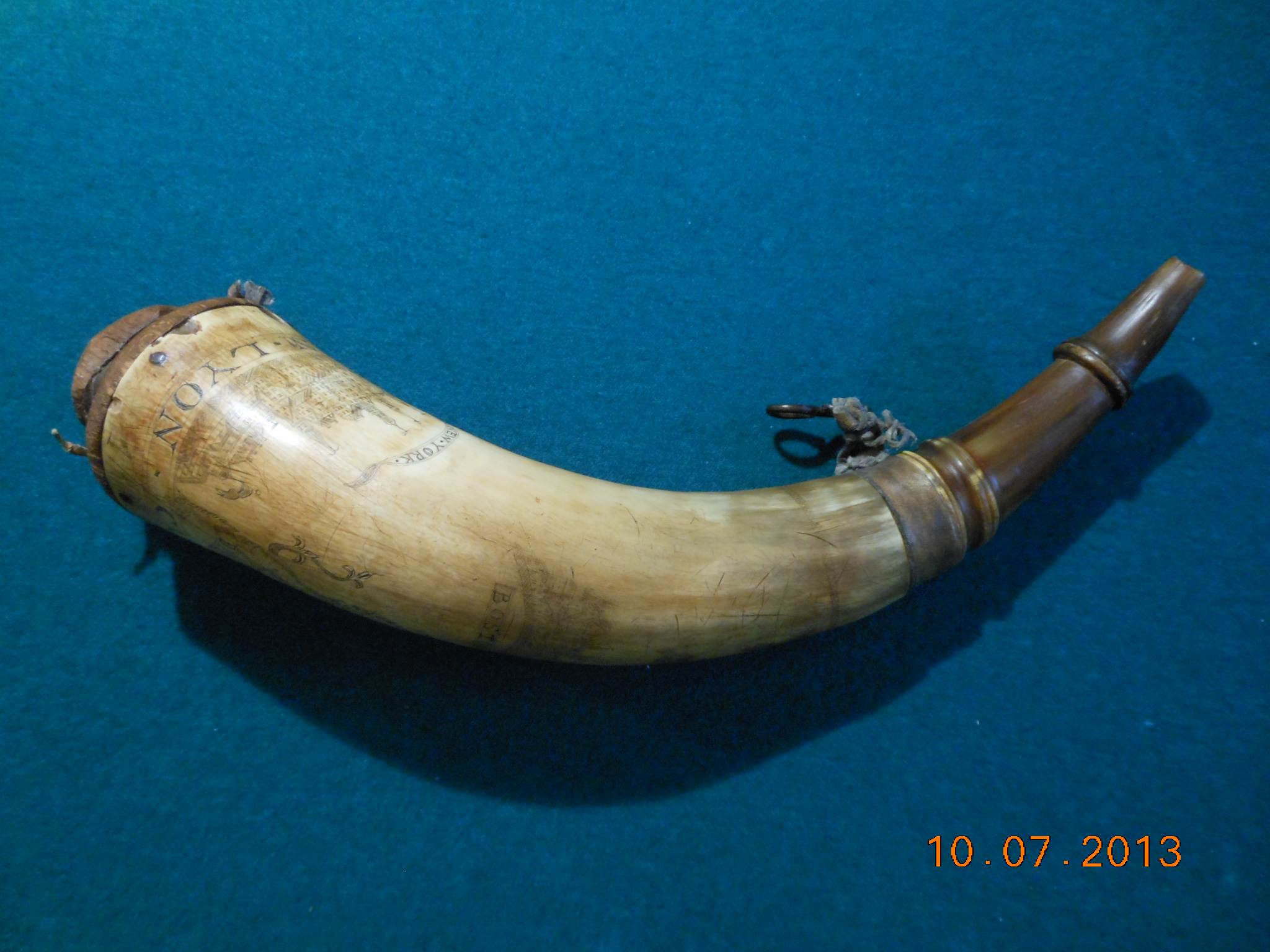 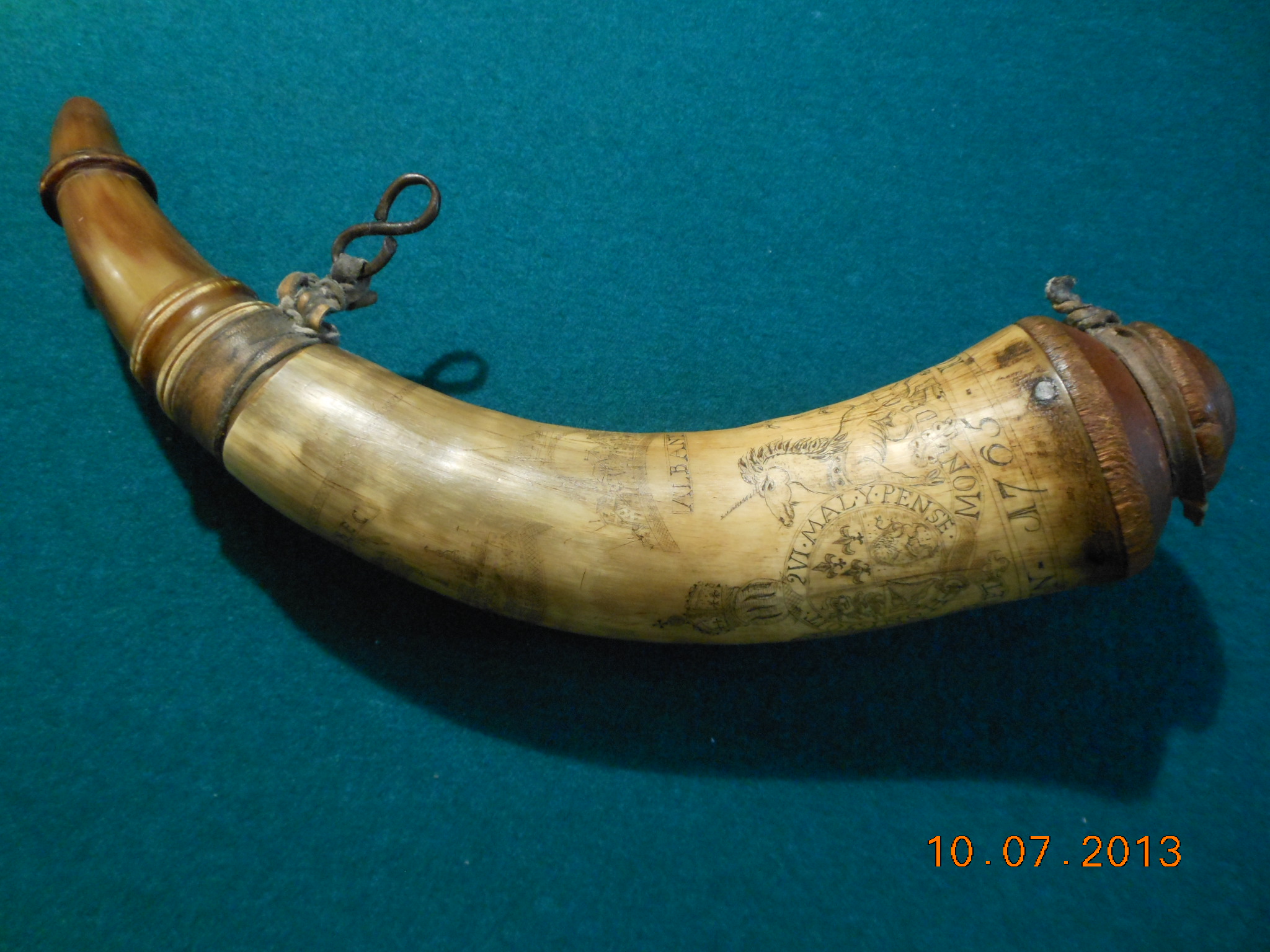 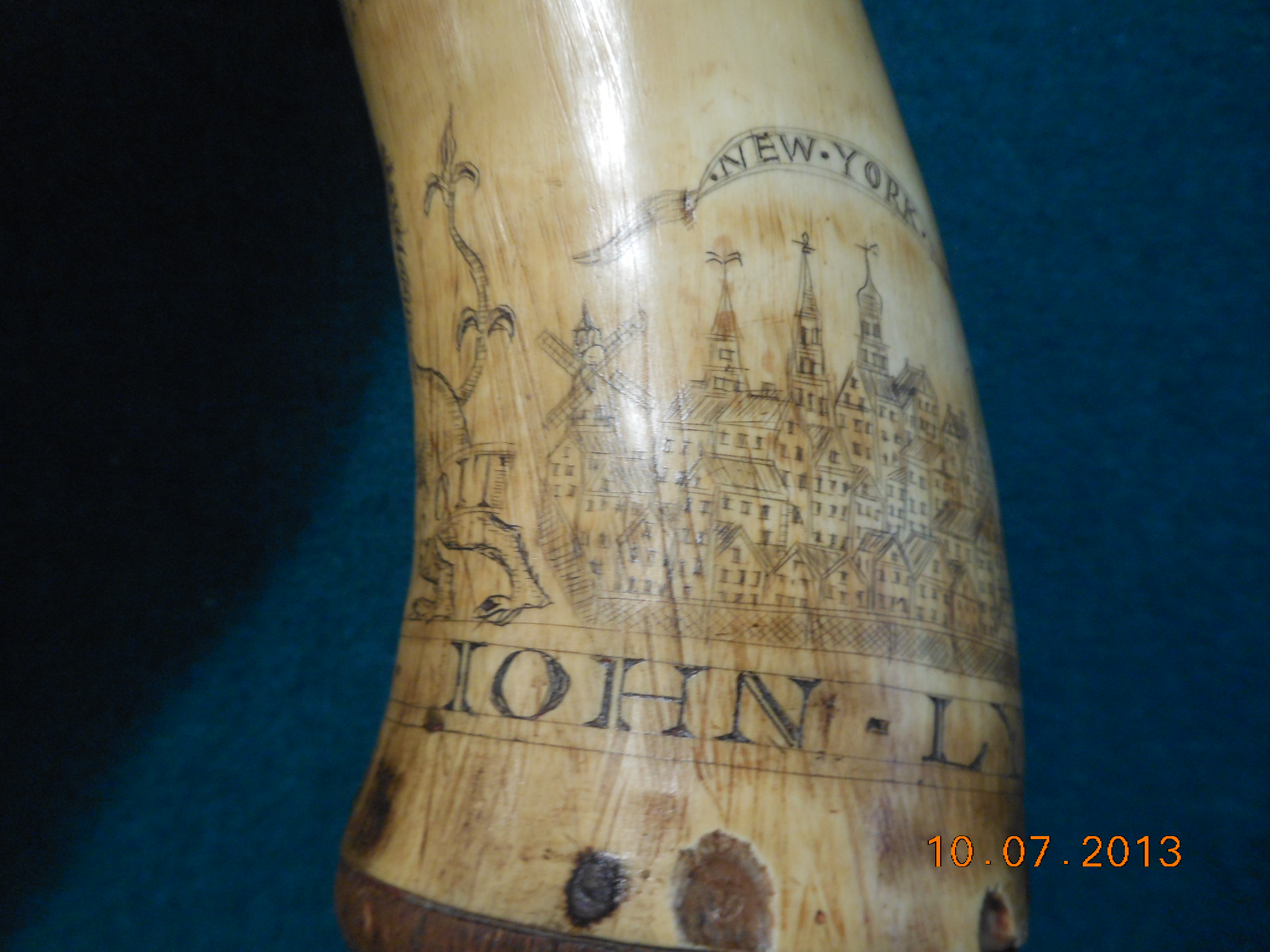 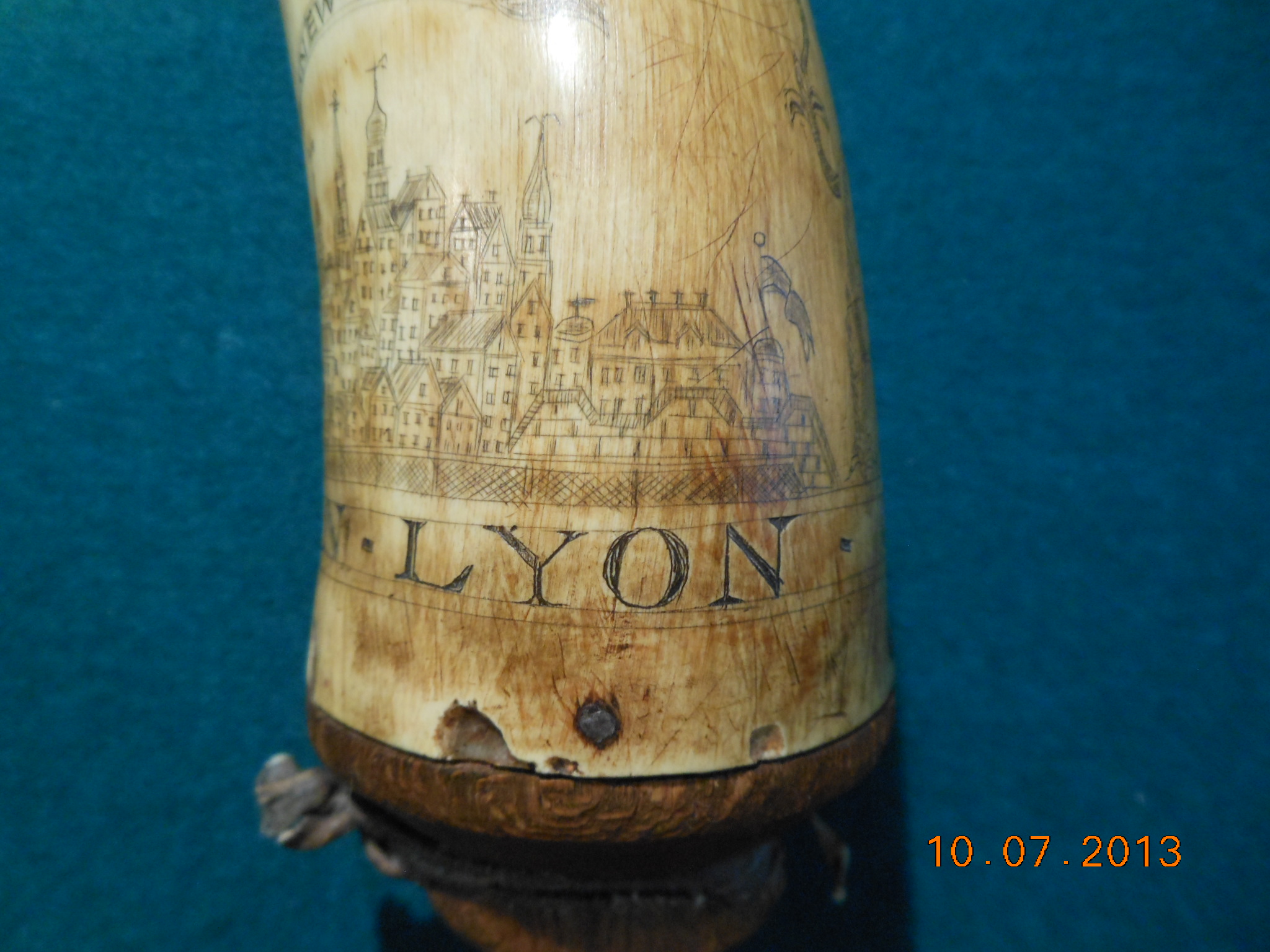 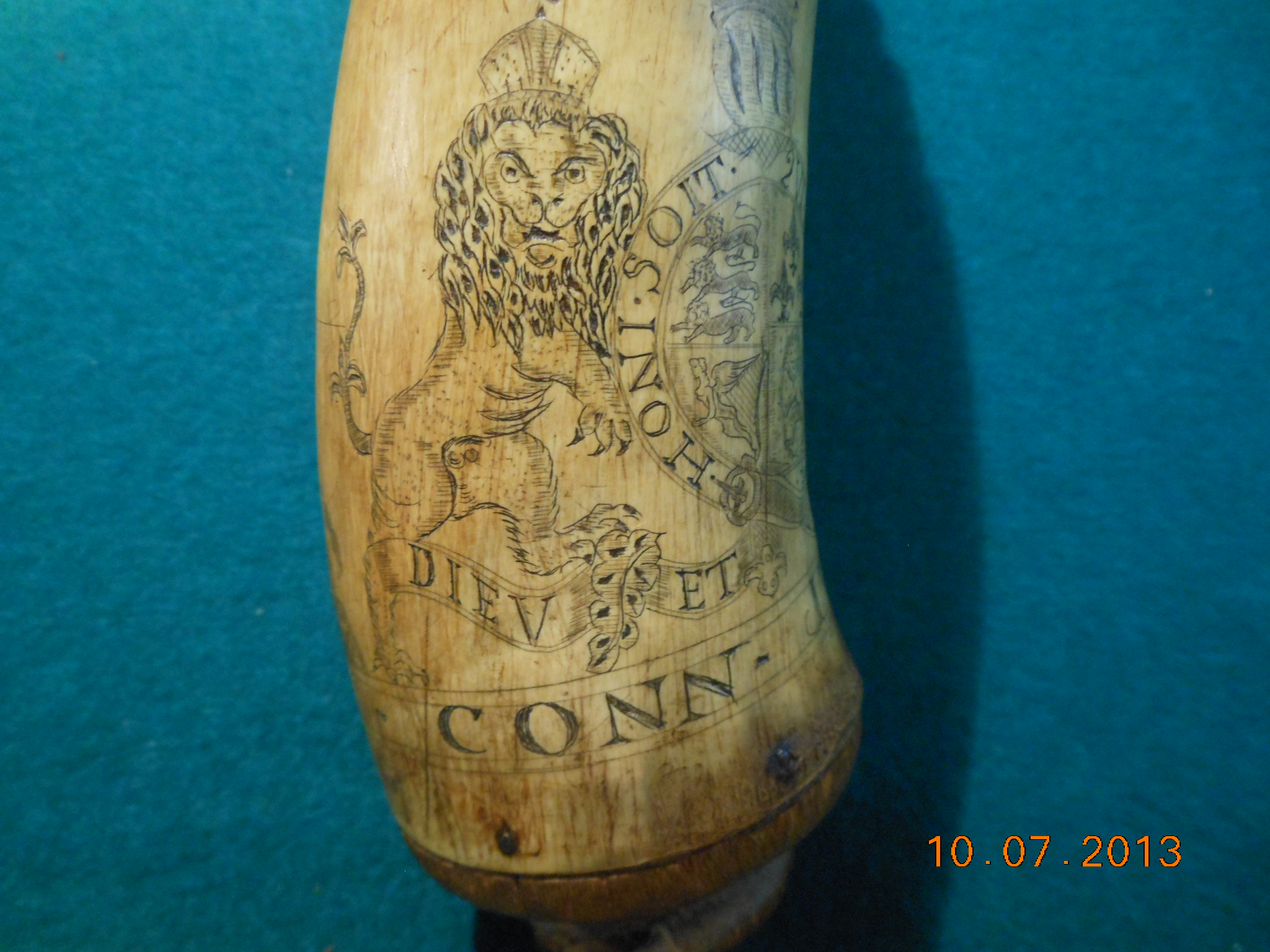 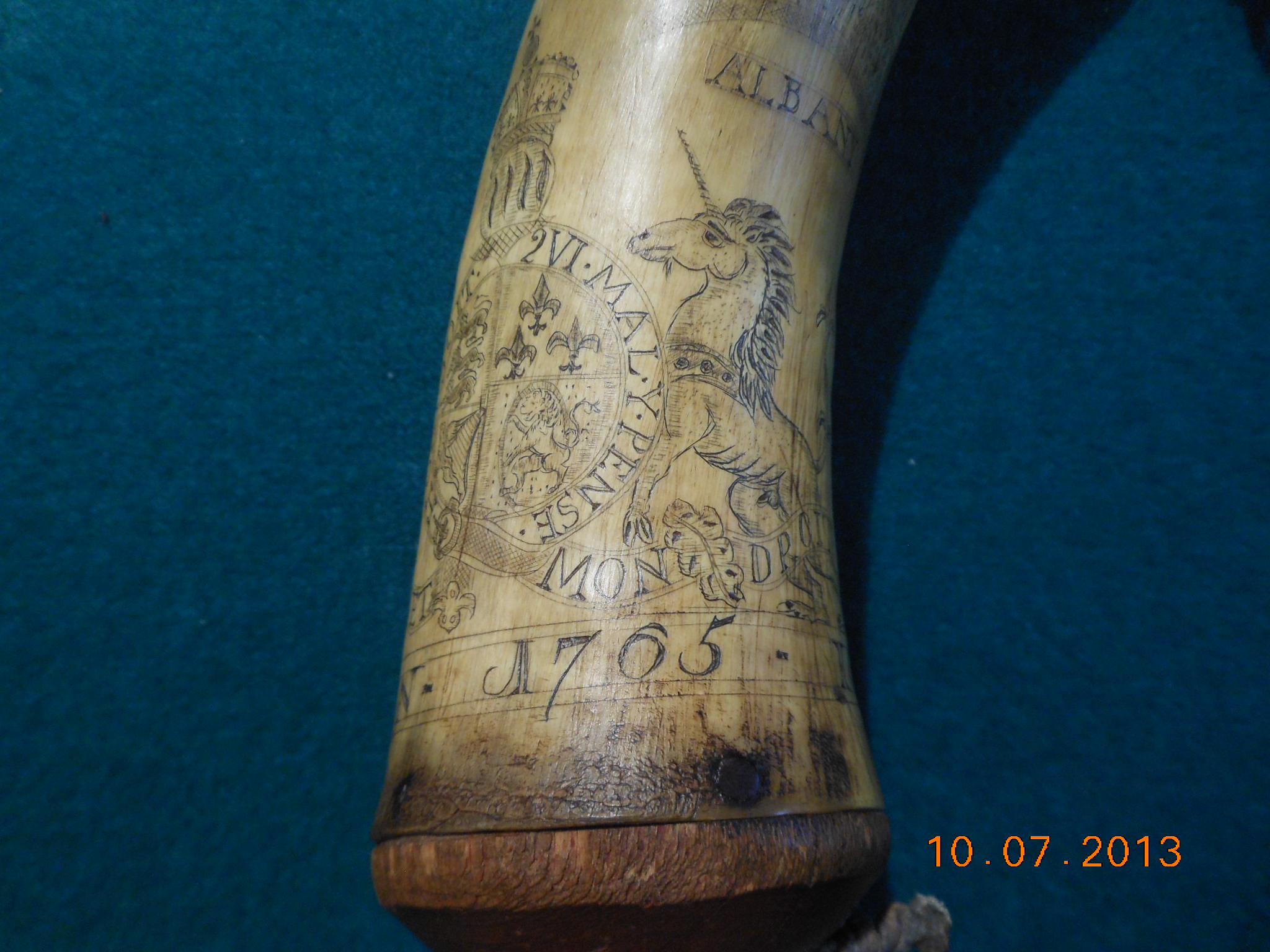 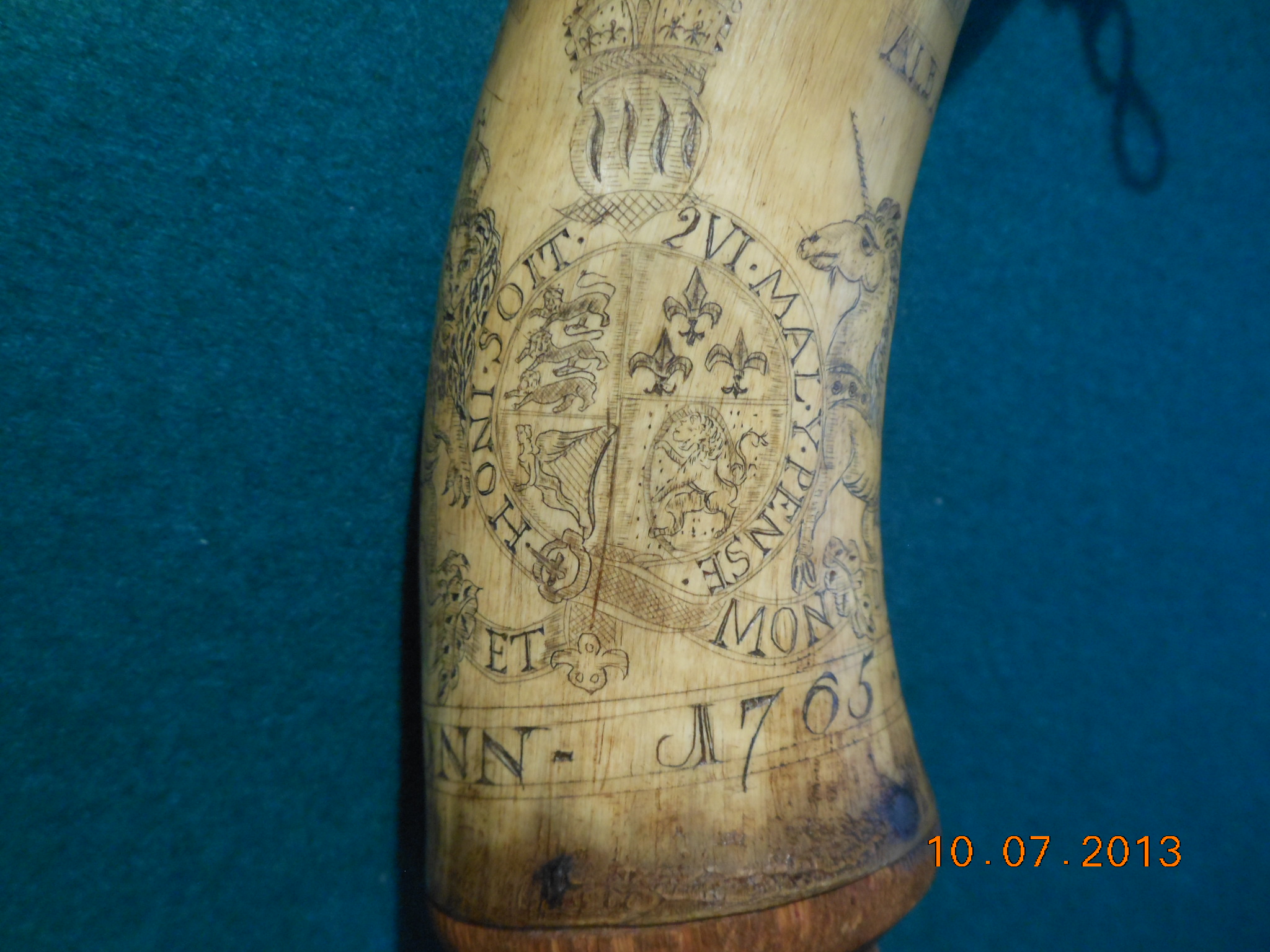 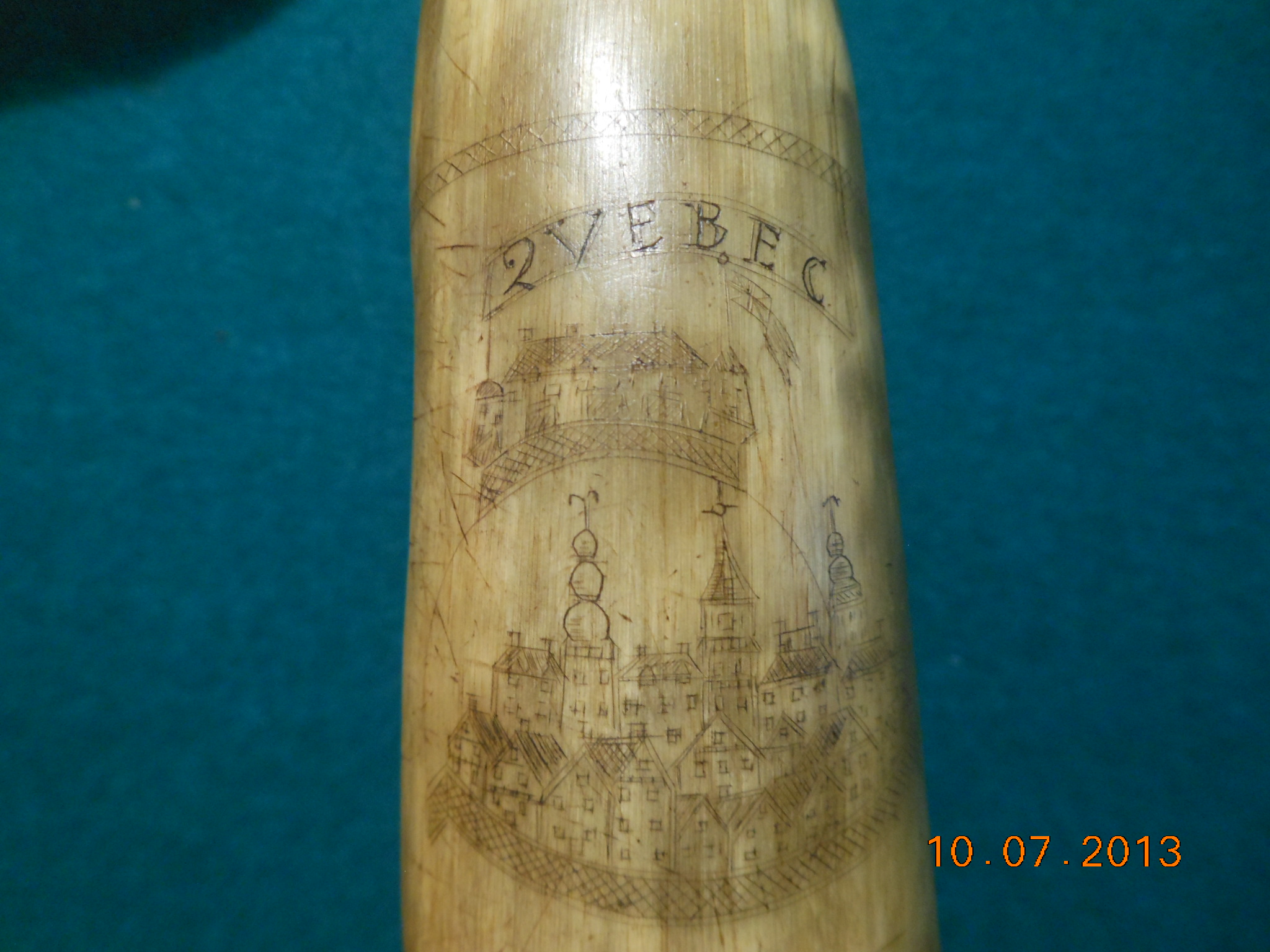 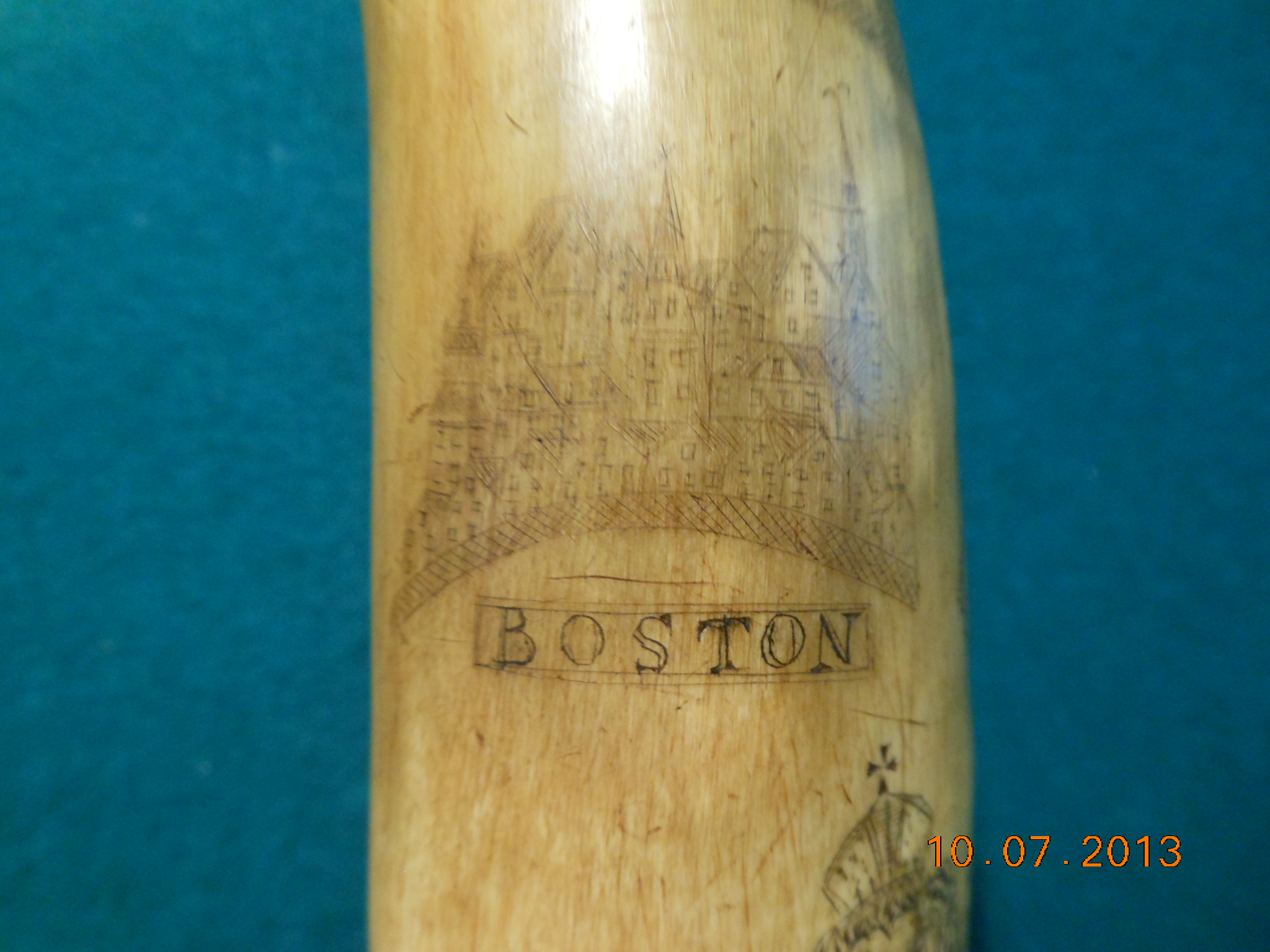 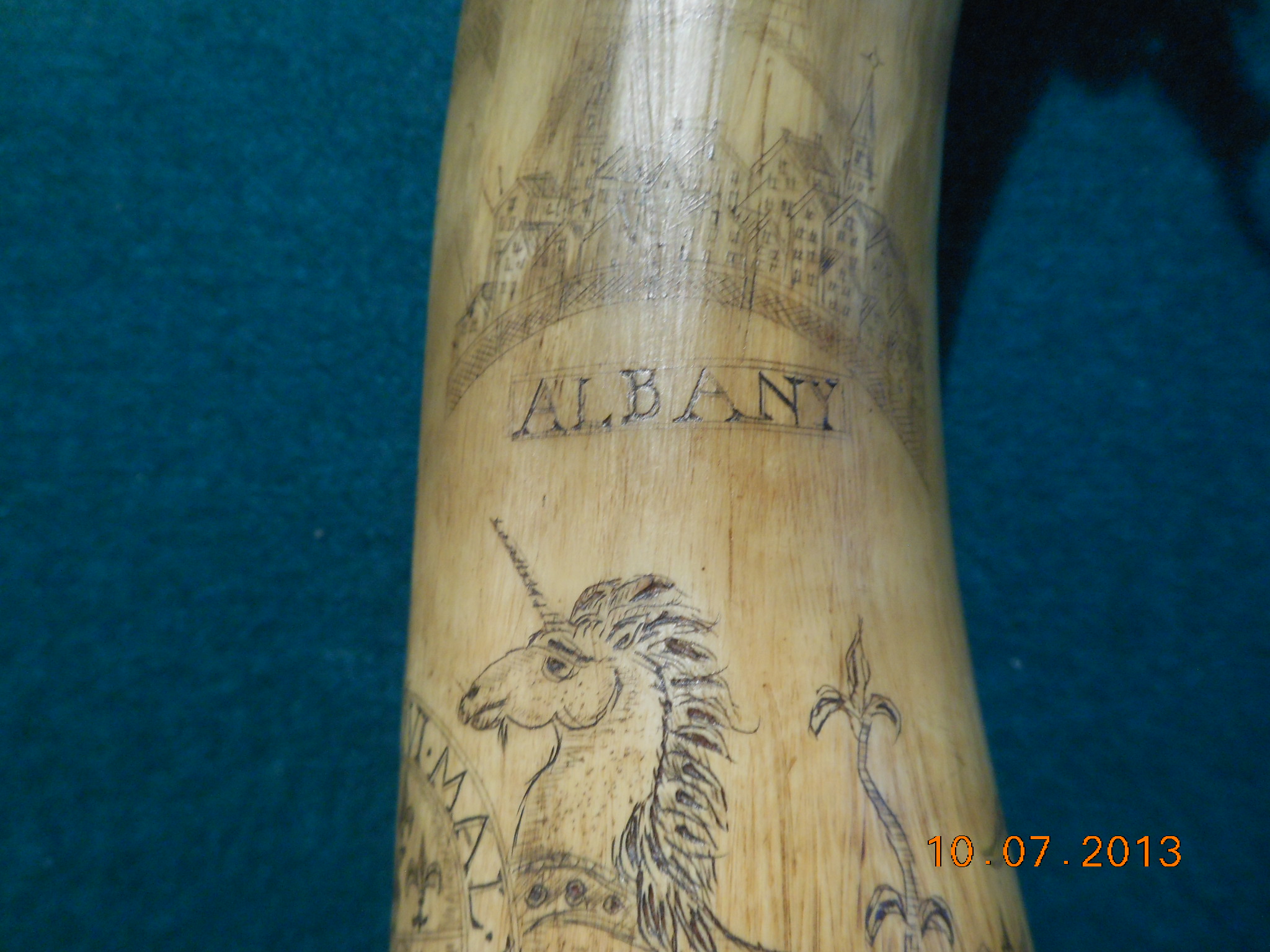 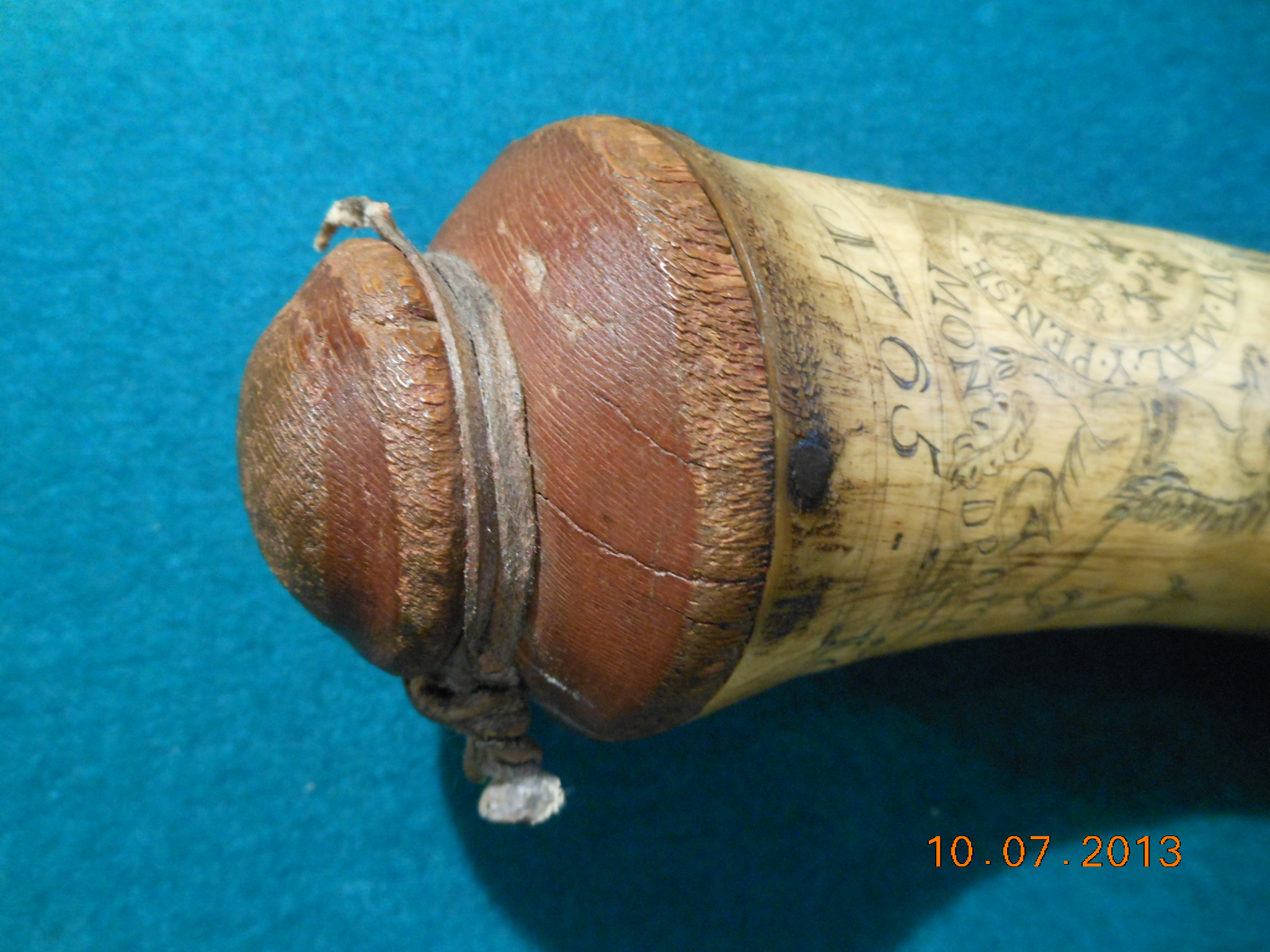 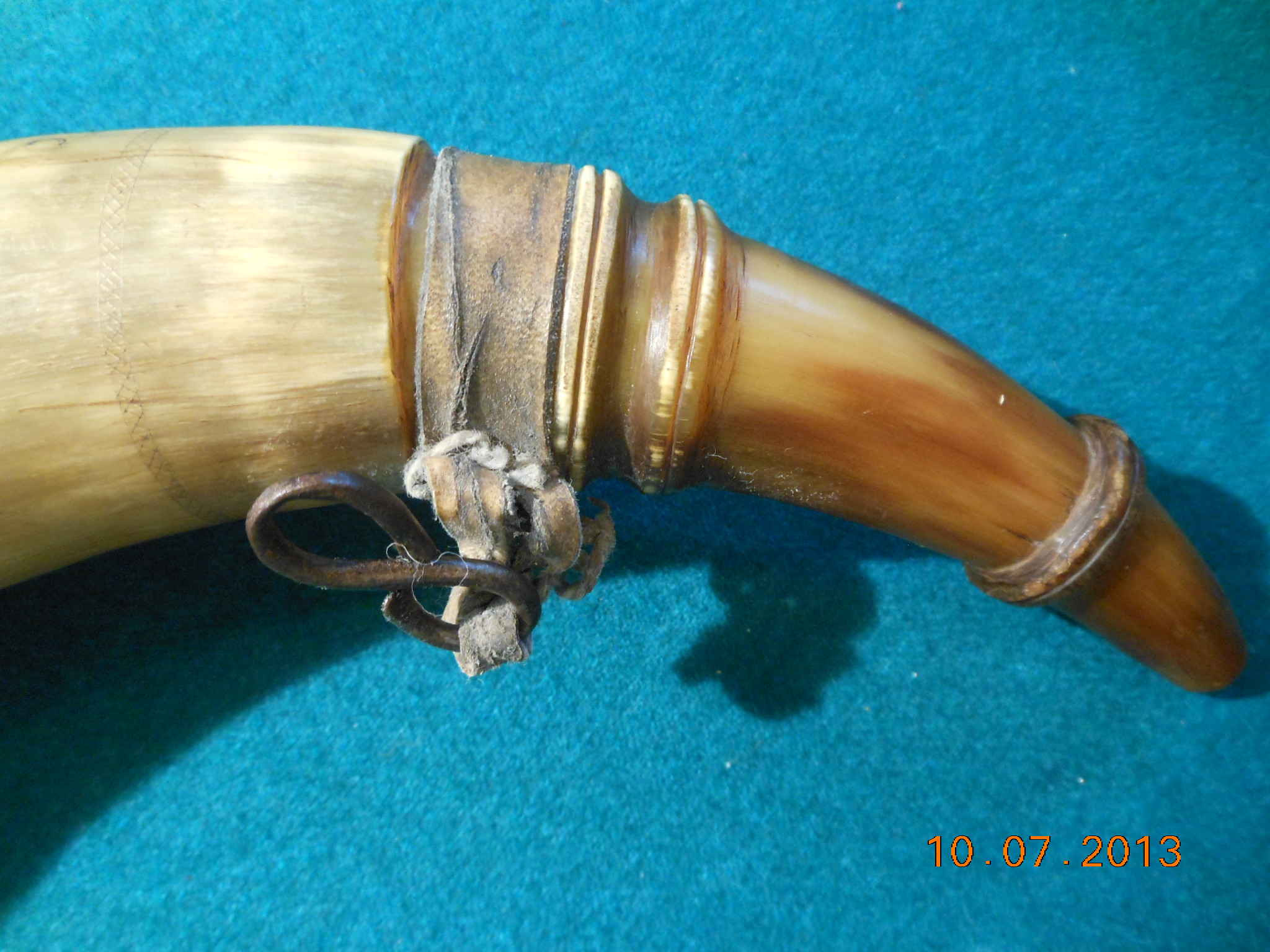