Folky Artist horn. This horn came from a family near Oswego, NY and was examined by well known horn dealer/collector, Rockwell Gardner; He noted it was probably a pre – F&I War horn, made around 1740 – 50 based on the carving, and was probably copied from a European tapestry. There is a small tree and 1772 date on the horn that someone over the years scratched in, definitely period, which indicates it’s earlier manufacture. Rocky felt the horn was carved by a professional for resale, since it has a blank cartouche for a name. The family tree that came with this horn has a Nathaniel Taylor listed, who is also listed in the book New York in the Revolution,  as having served during the Rev. War.

There is new news related to this horn that was unveiled in the article entitled, “Engraved Powder Horns by the Folky Artist” by Mel Hankla.

This article appears in The Gun Report, Volume 50, number 12 May 2005 issue. Four horns carved by the Folky Artist appear on the cover and nine are pictured within the article with close up views of the carving. Mr. Hankla notes that there are over 40 of these horns for which he can account for and four of which are in noted museums at Colonial Williamsburg, Davis-Elkins College and Valley Forge. All of the horns seem to range from the beginning of the French and Indian War continuing throughout the Revolutionary War. Mel also notes that many of the horns contain the Colonial hunter with frock, hunting bag and flintlock rifle along with his dog, chasing after a deer, the floral like vine, town, etc., all of which are pictured in my example. This horn is 14″ in length. 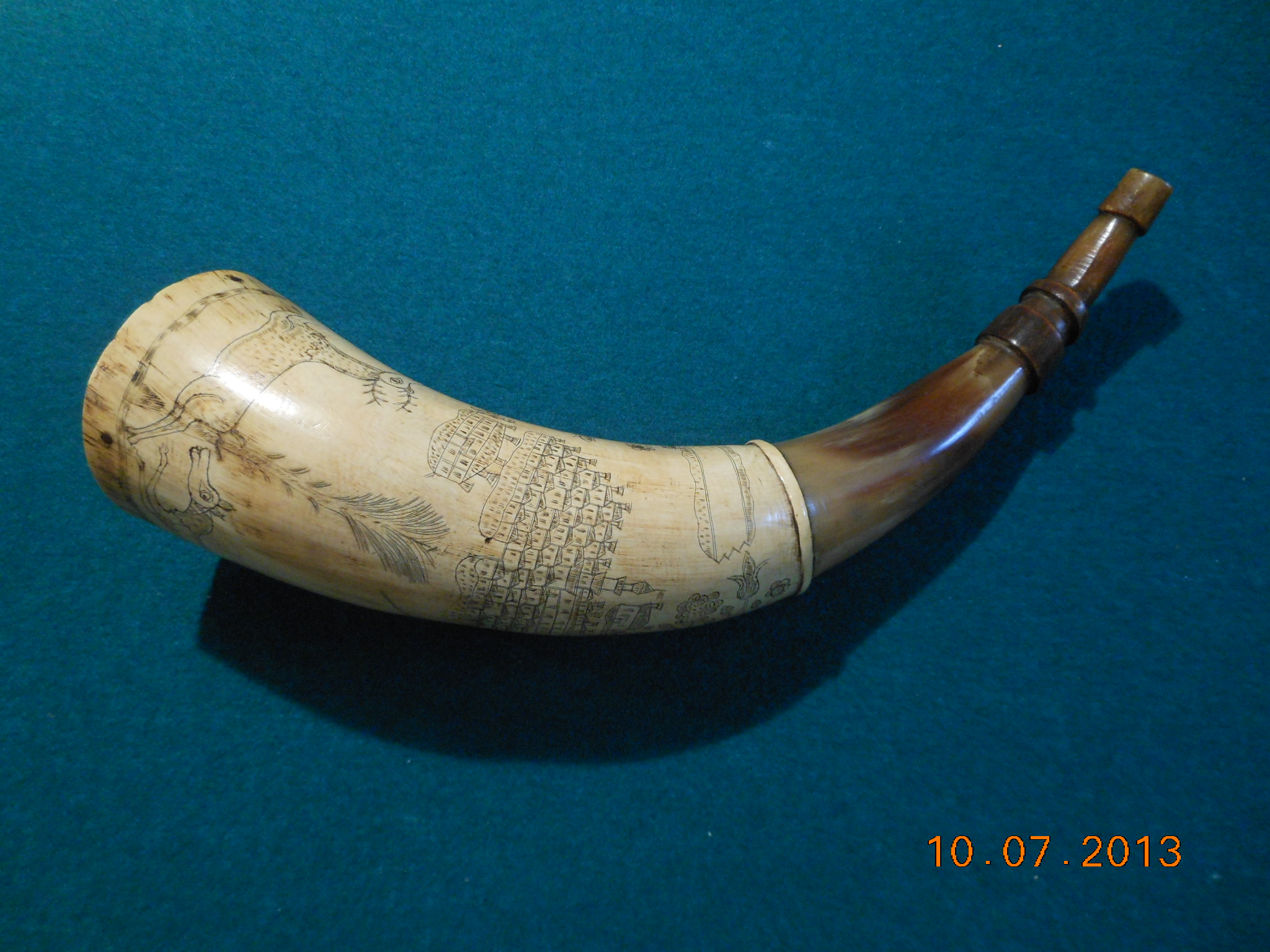 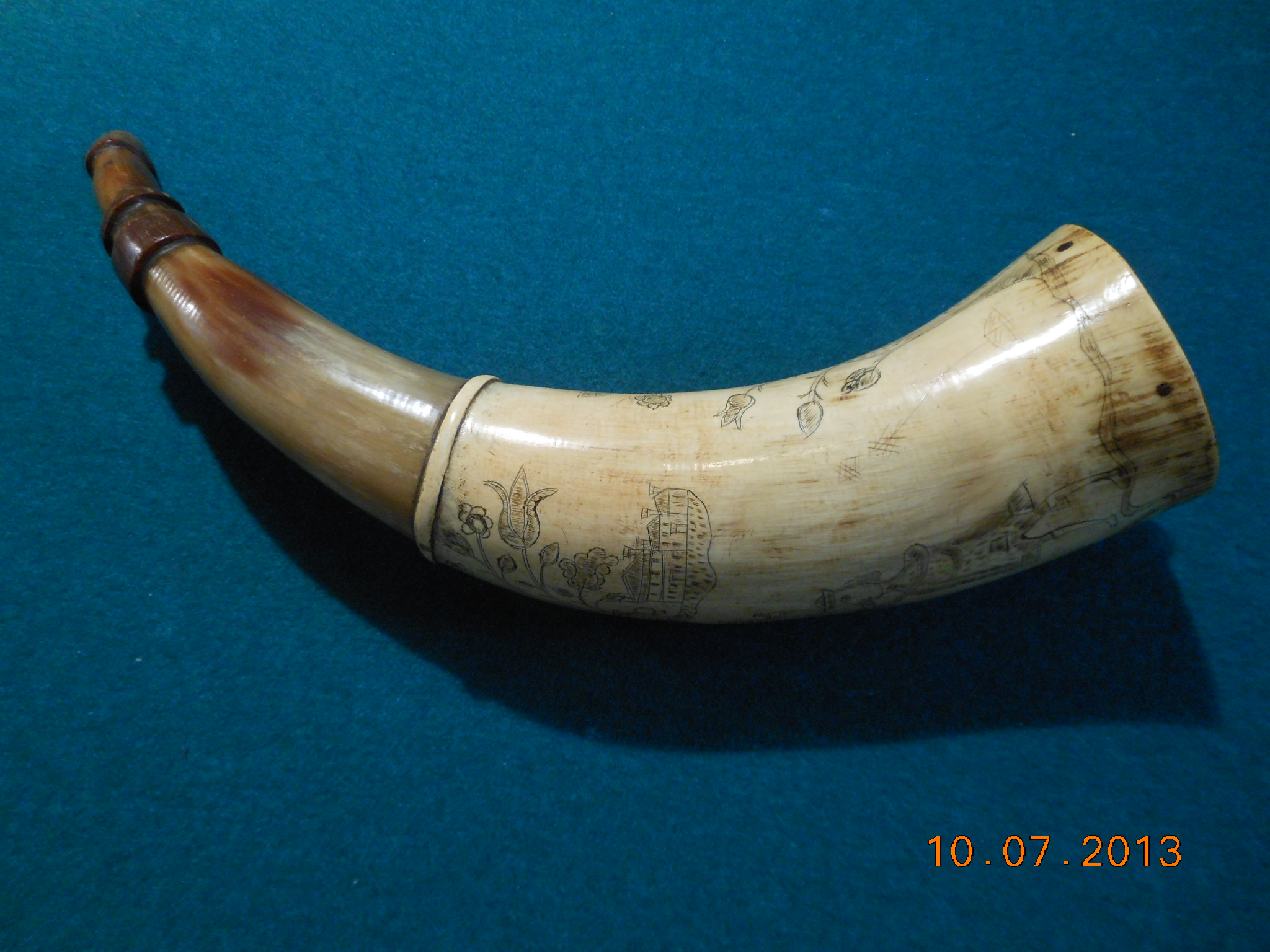 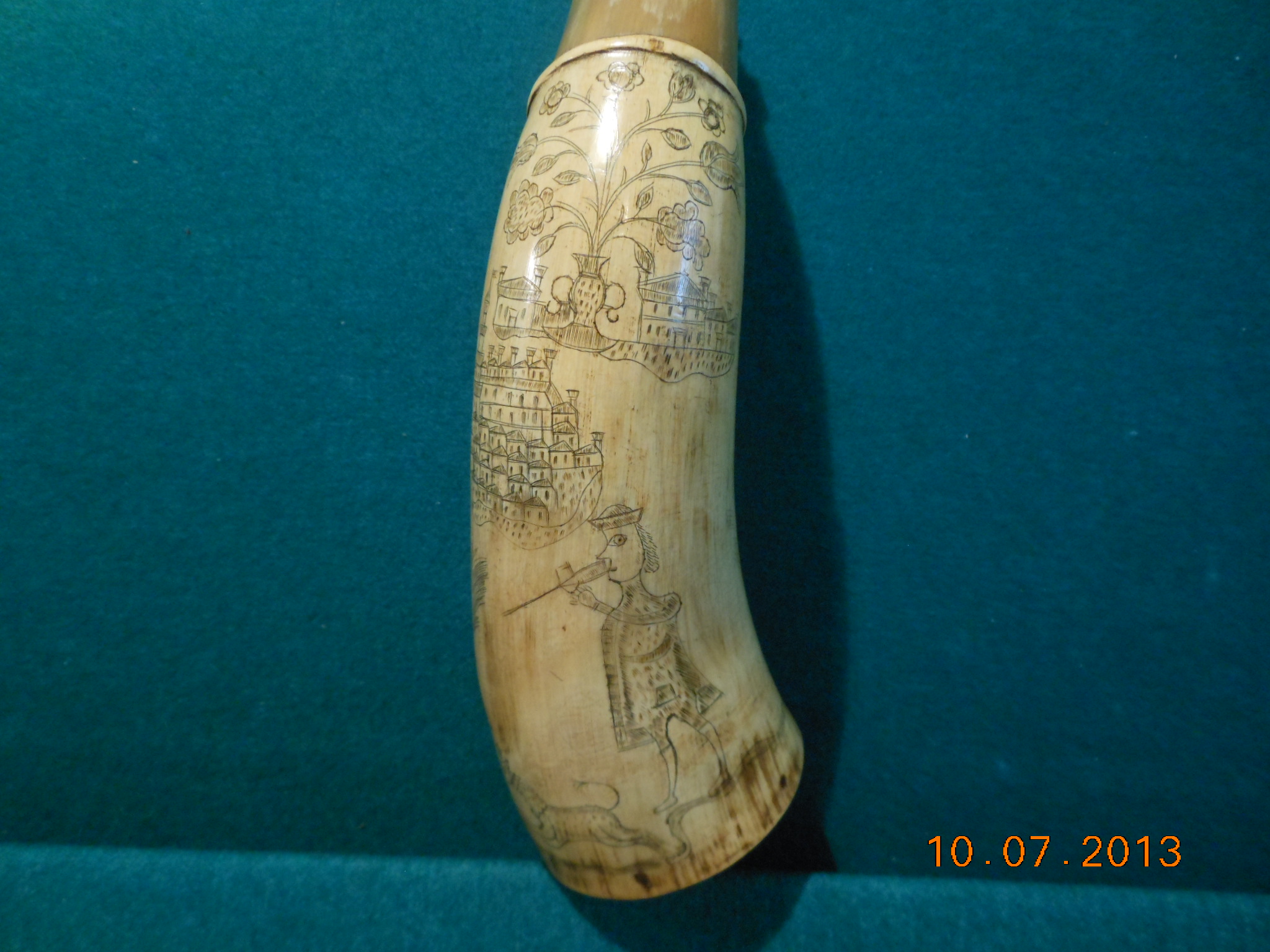 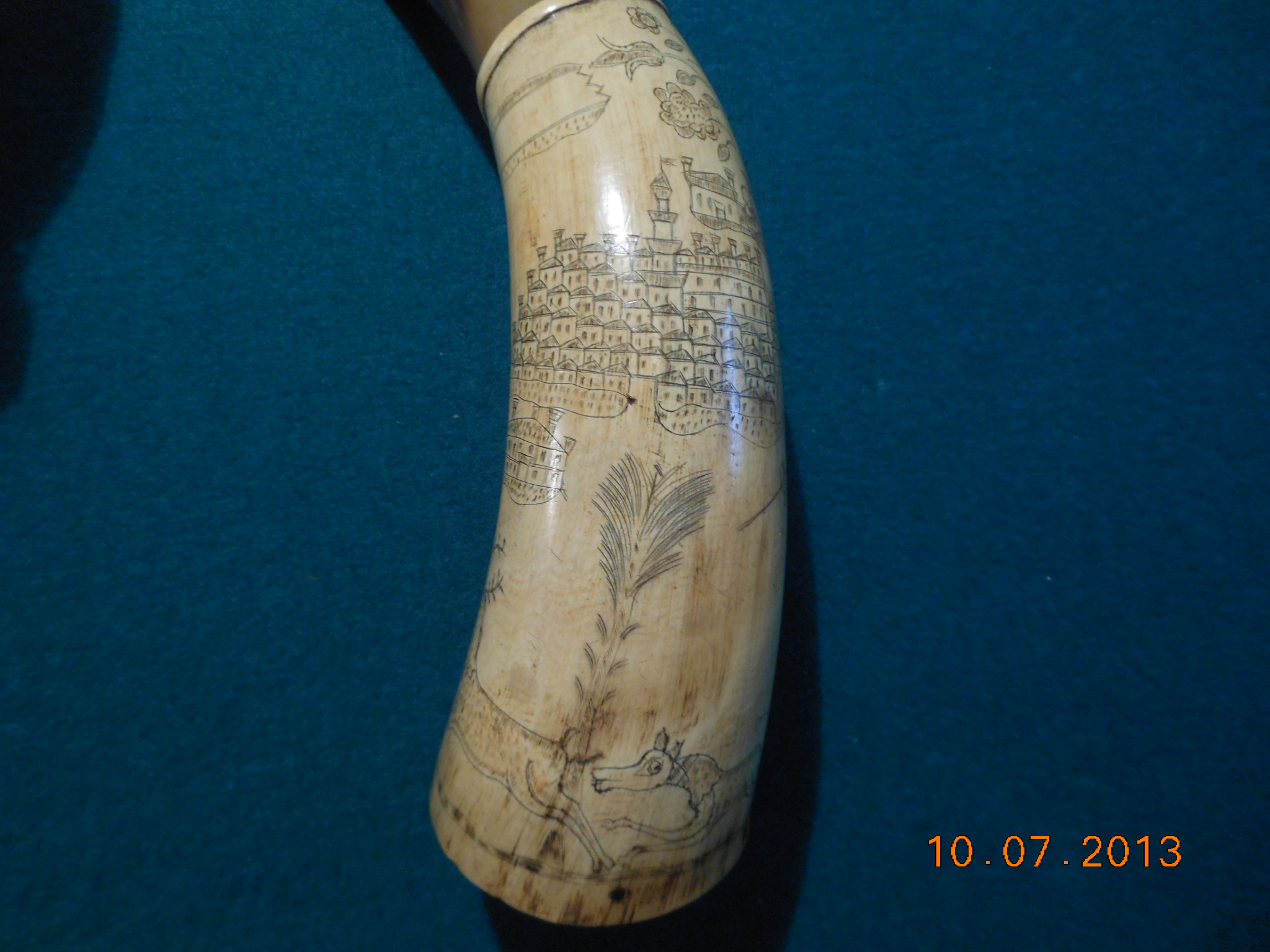 Close up views of the hunter, dog,  stag, town and vine like plant as noted in Mel Hankla’s 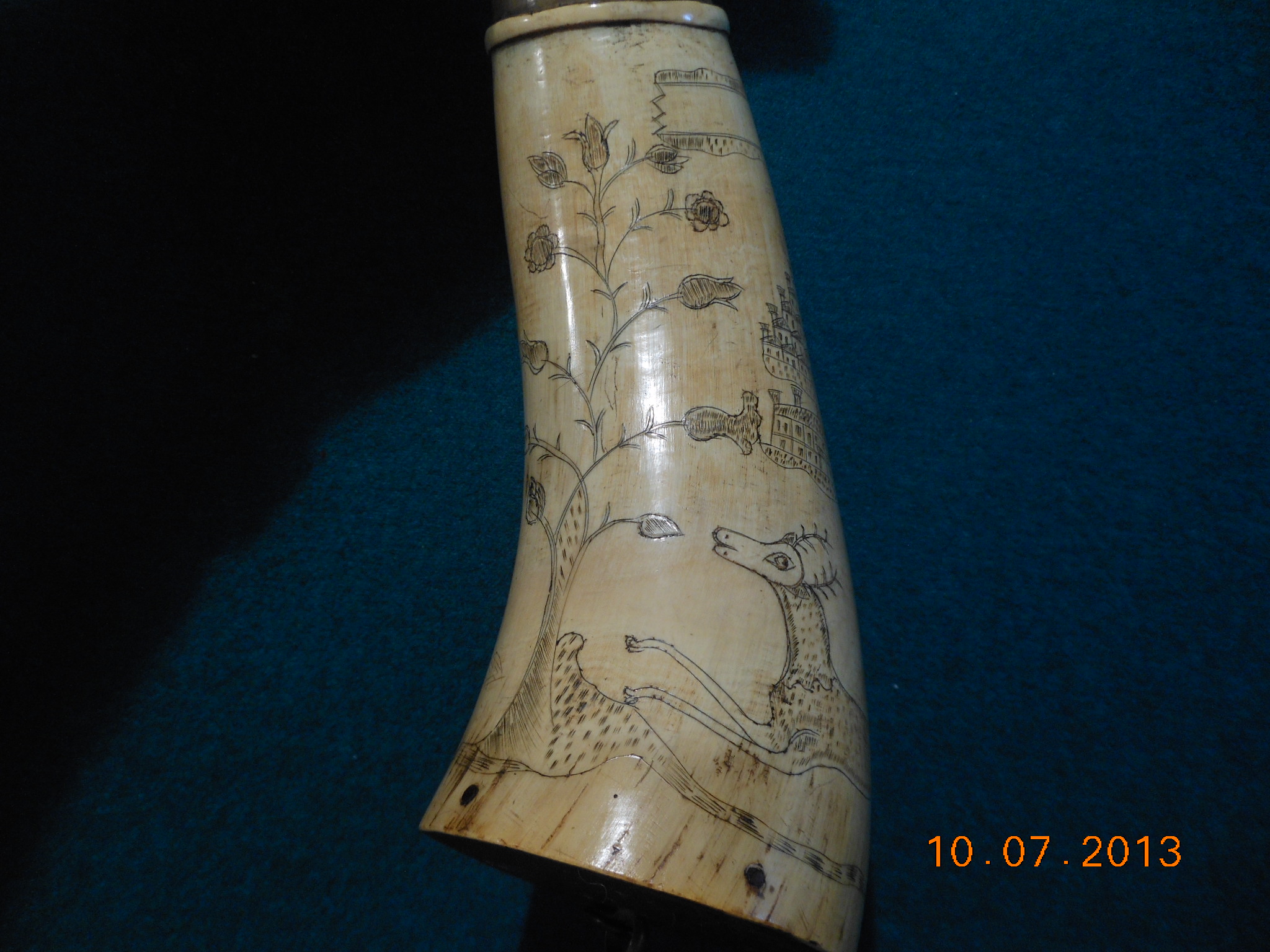 Close up views of the hunter, dog, stag, town and vine like plant as noted in Mel Hankla’s article on the Folky Artist. 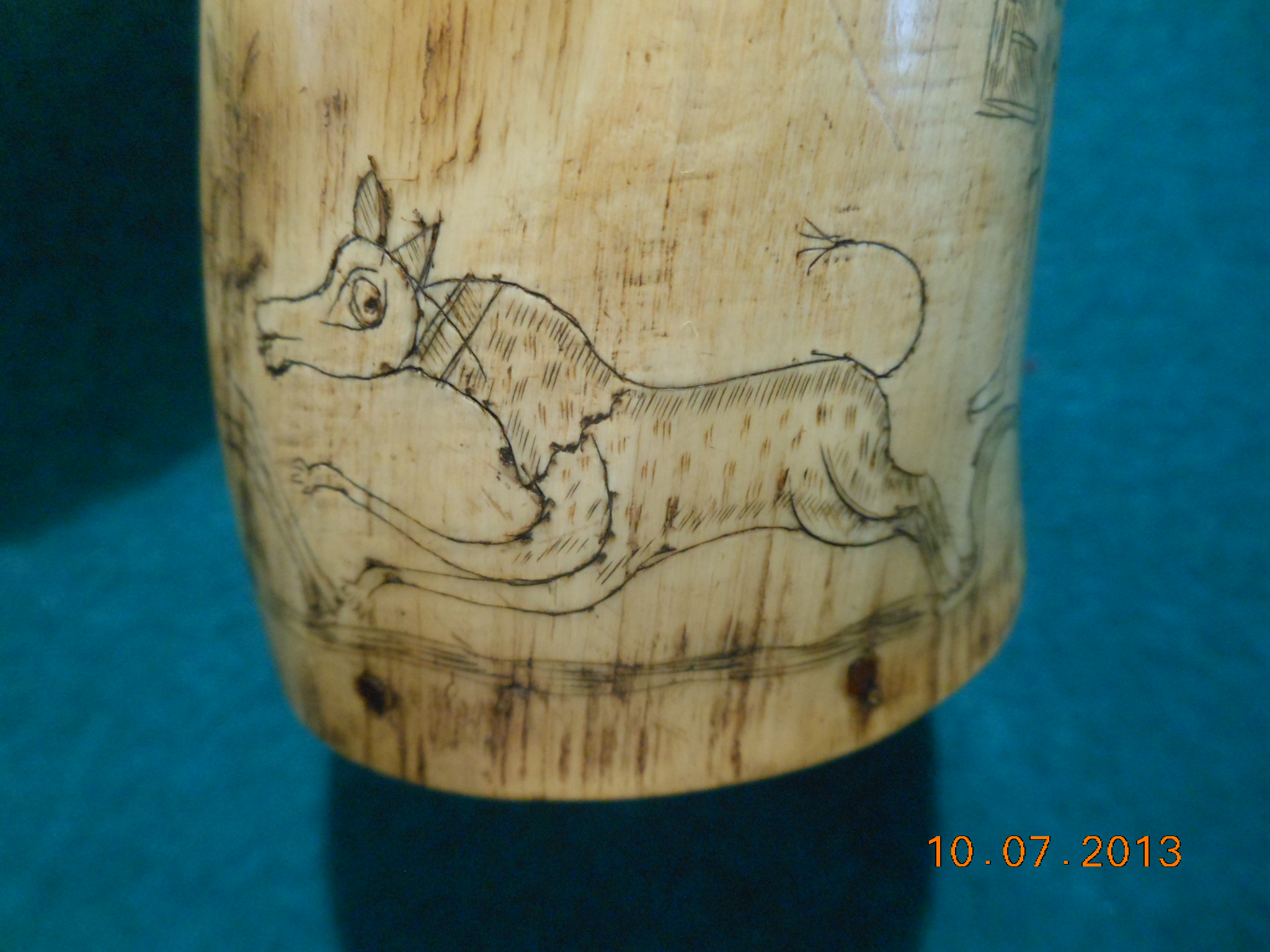 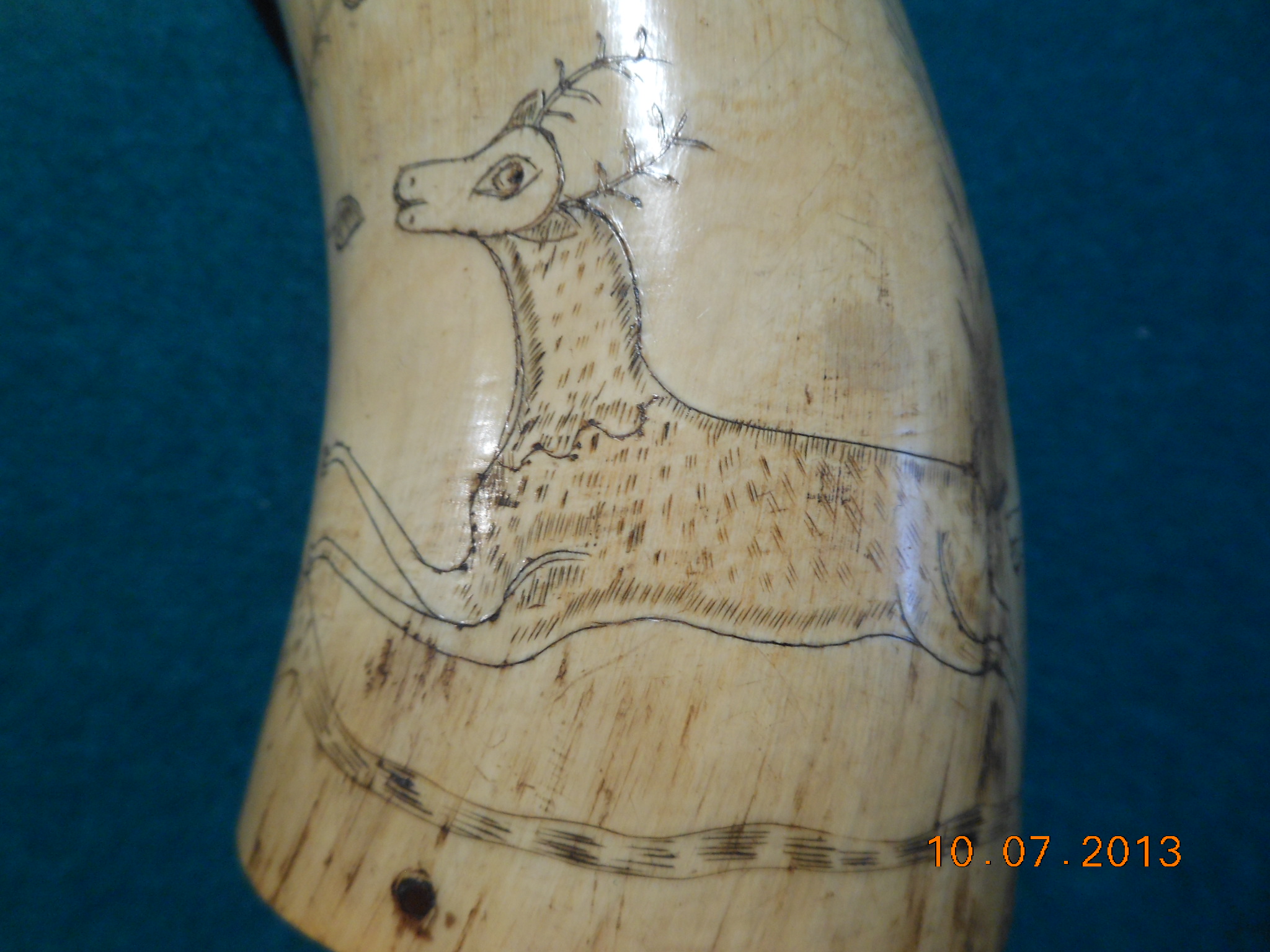 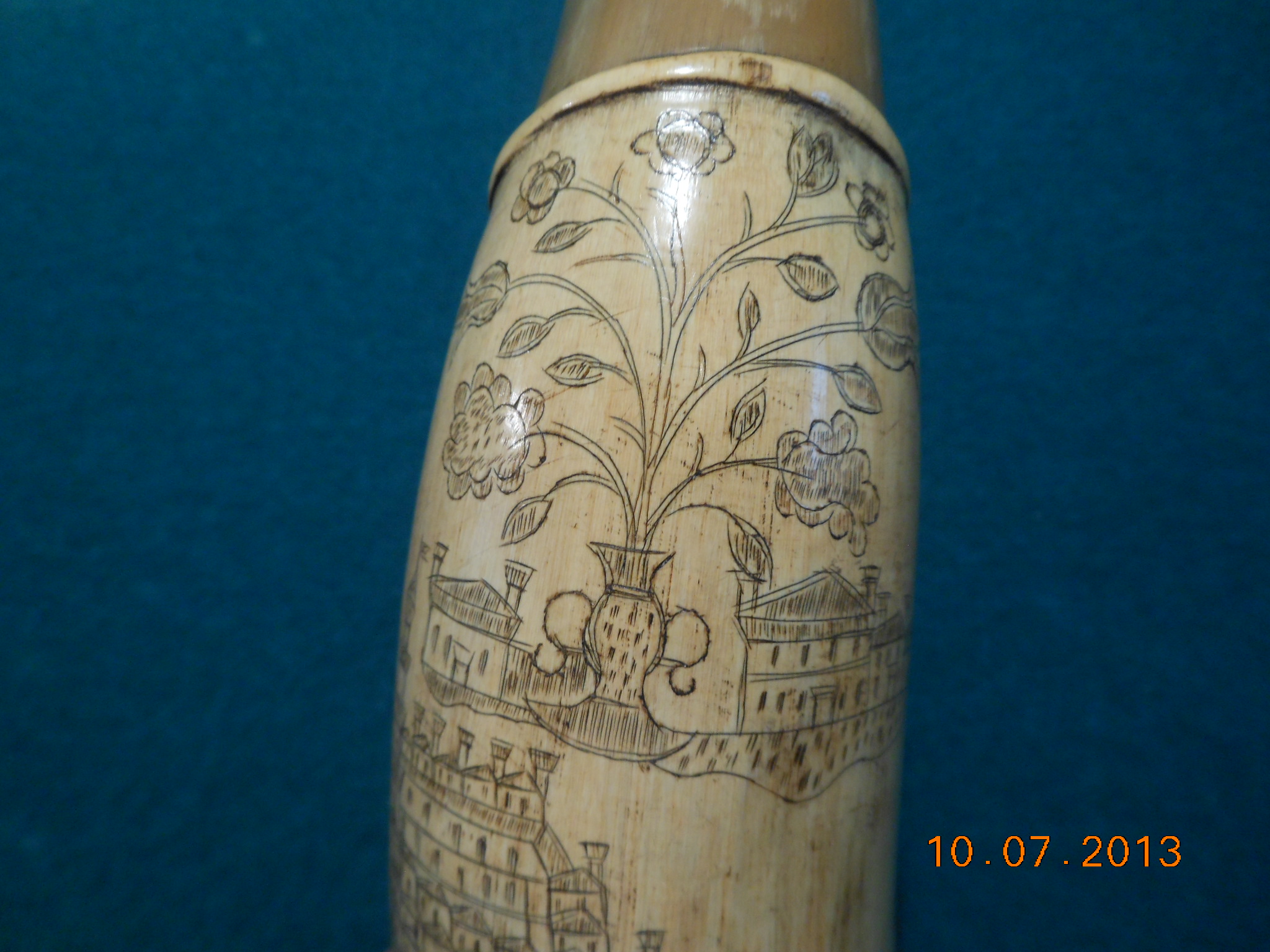 More on the Folky Artist here.