This tomahawk was made by a Mohawk Indian of the Iroquois nation during the 1600 – 1700 time frame, in the Lake Champlain area of NY. It has a 17 & 5/8 inch handle made of white oak and a 5 & 1/8 inch flat, hand forged spike sticking out of the knob head. The wood is dark brown with age and solid throughout. A small chip of wood is out at the knob where the spike is in place. This piece was picked up by Capt. Benjamin Rue on Oct. 12, 1776 after a fight with Mohawk Indians at Split Rock, during the battle of Valcour Island which took place on October 11, 1776. Rue, who commanded the Gondola Philedelphia, had just been rescued by Capt. John Davis along with 16 members of his crew. The Philadelphia was sunk during the battle. The tomahawk ended up with John Davis and  remained in the possession of the Davis family for many years. It was on display at a small, private museum in Ticonderoga until it was purchased by James Dunn and his grand daughter, Maryann Dunn,  in 1937. See letters below from Maryann Dunn and antique dealer, Richard Armstrong for more detail on provenance. 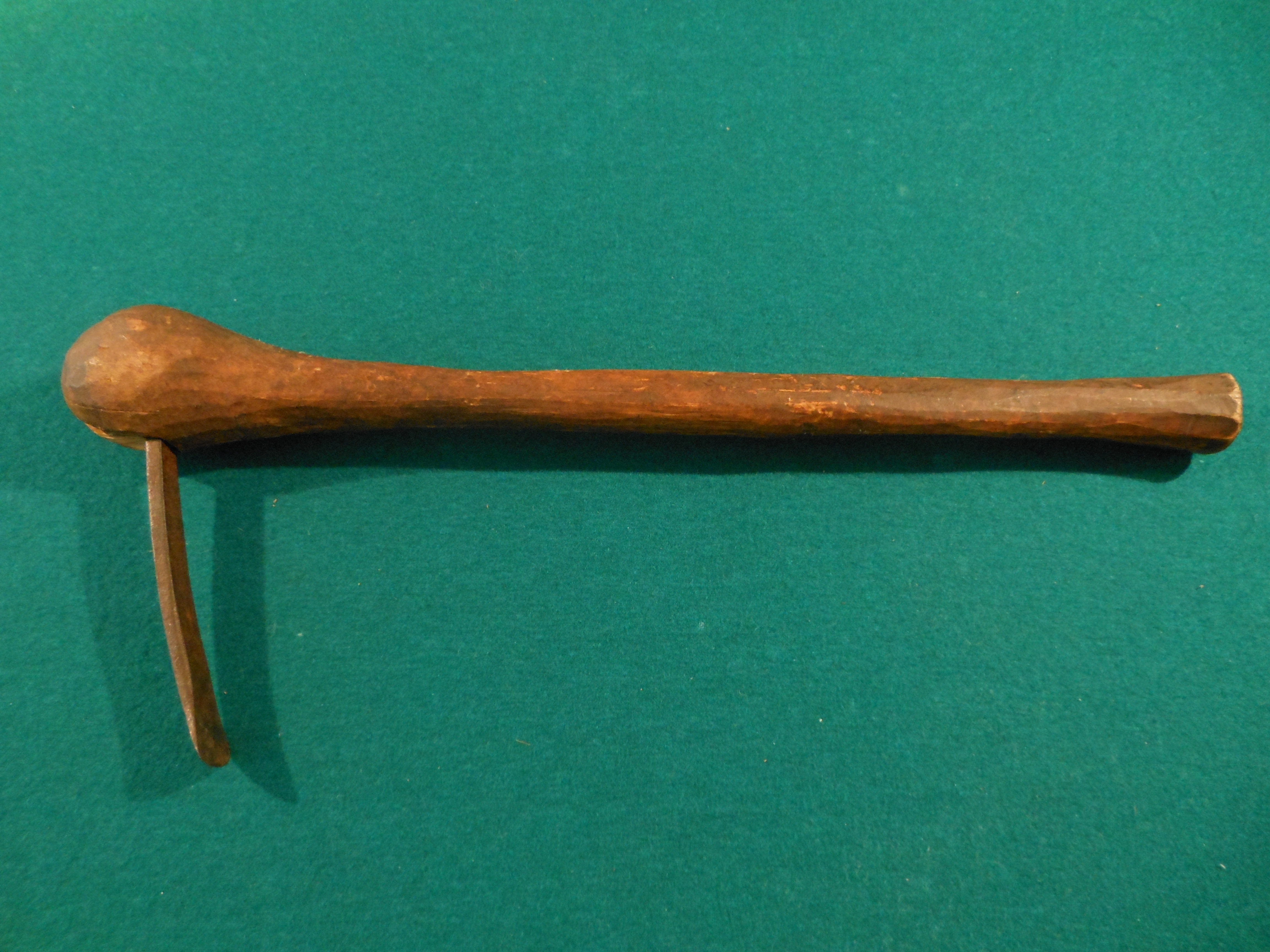 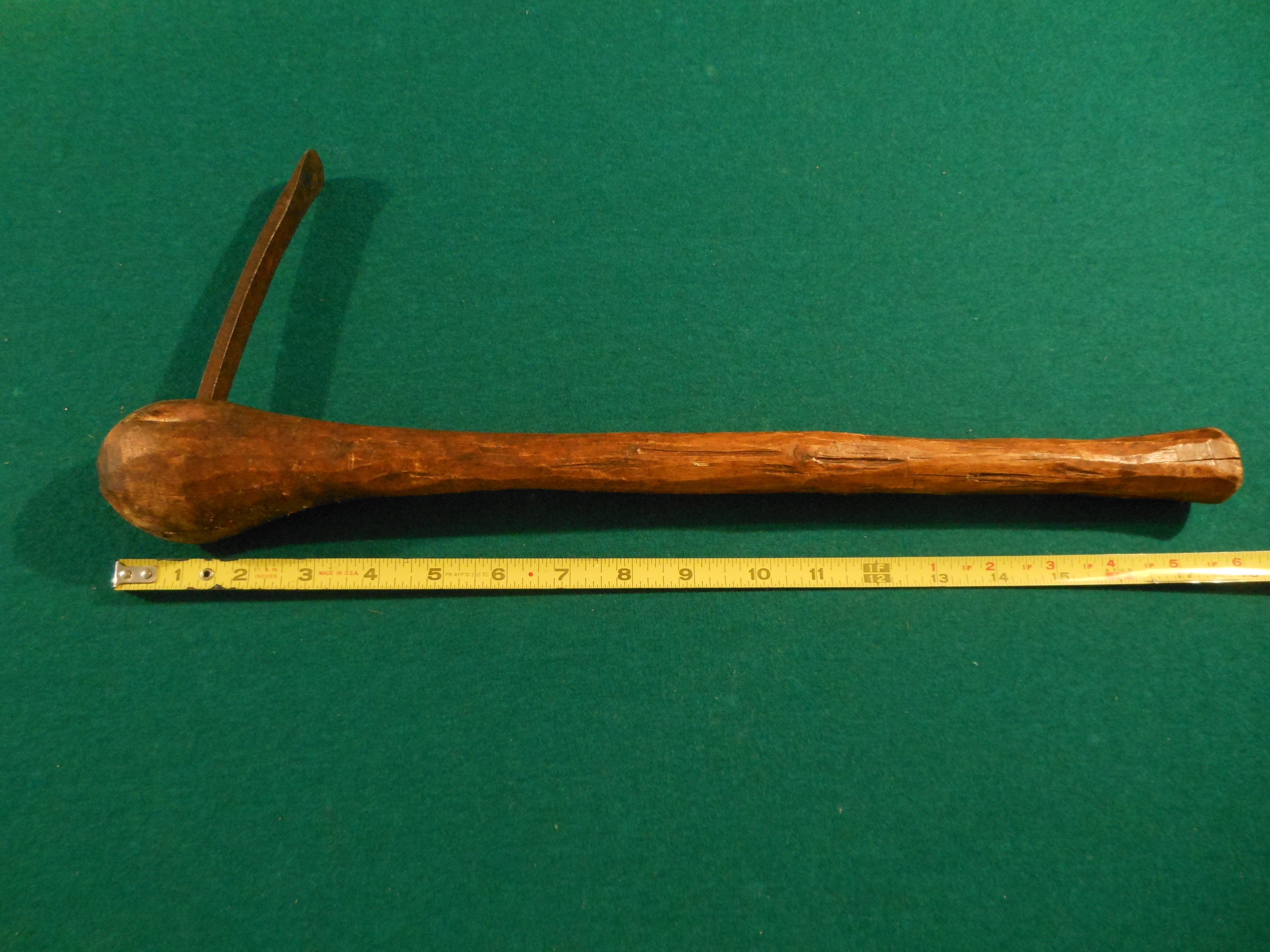 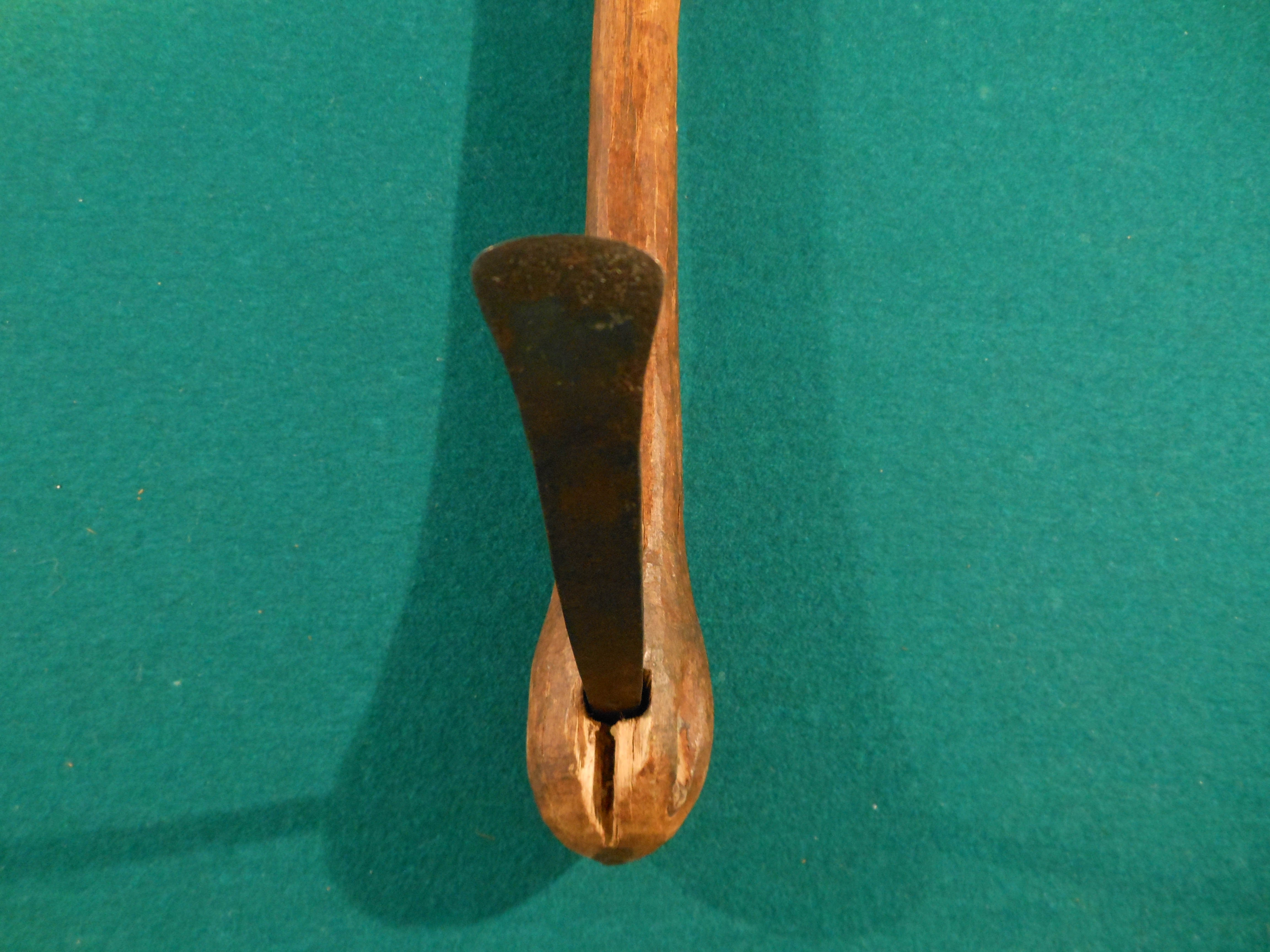 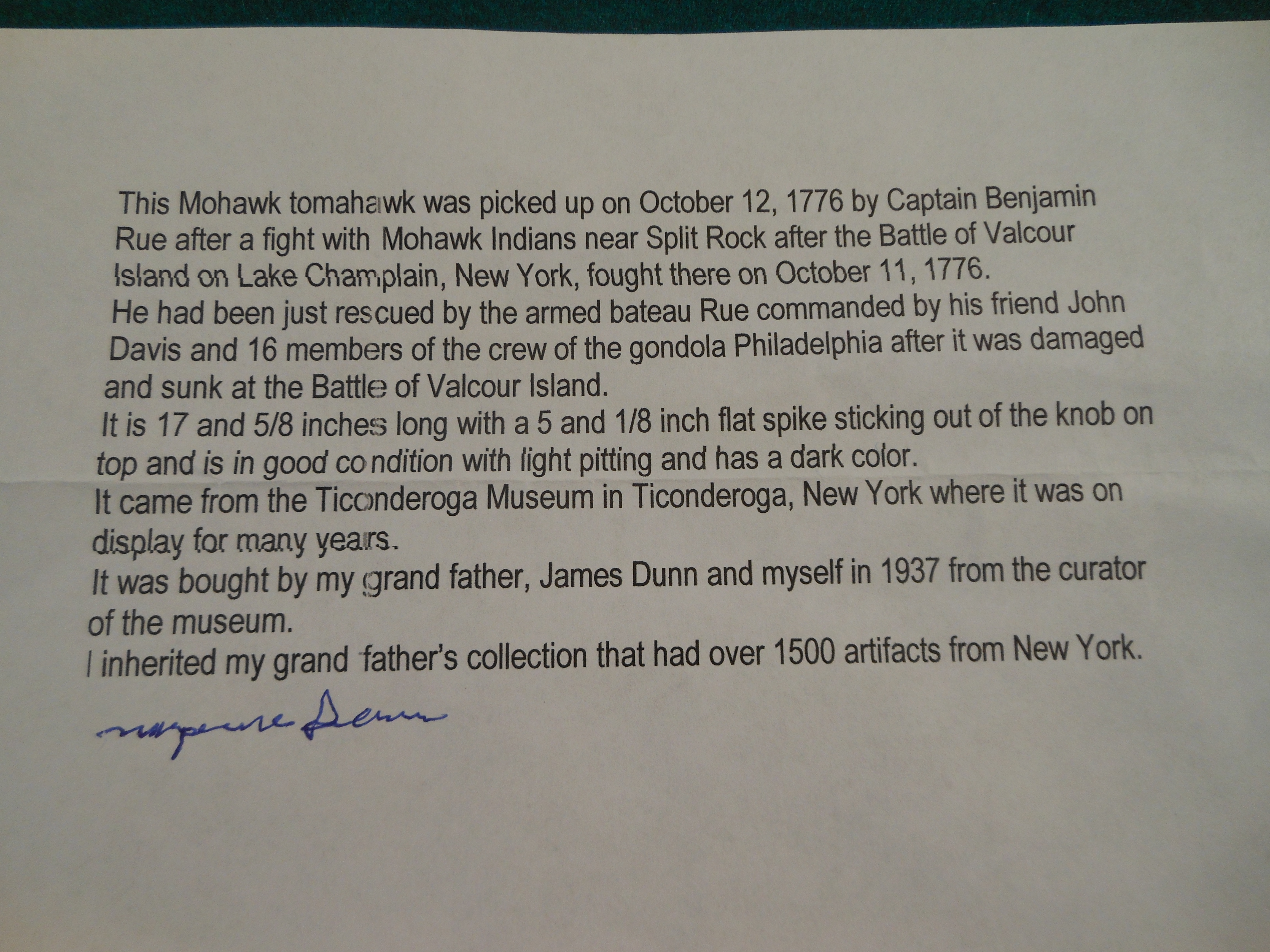 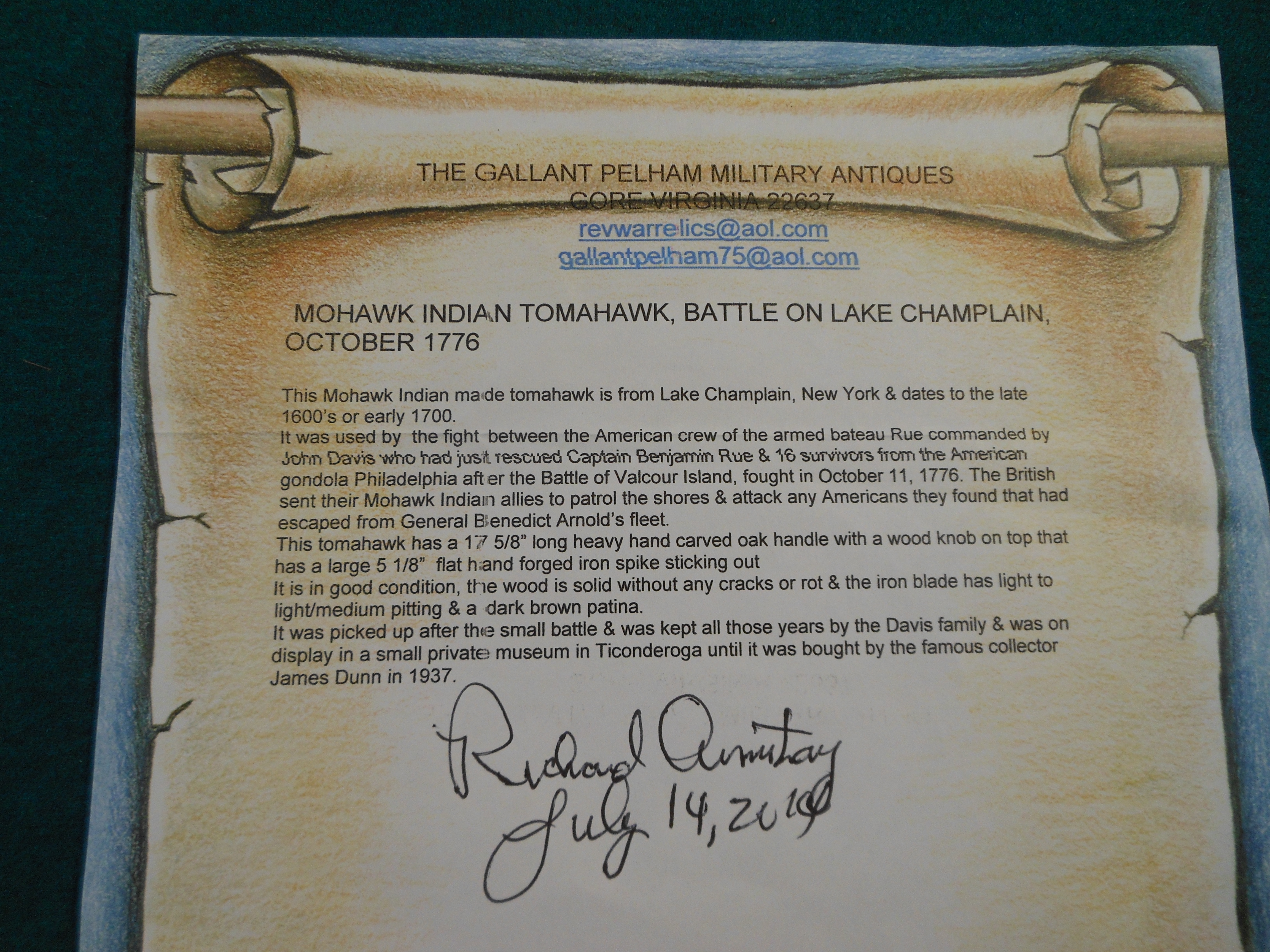 This entry was posted in Accoutrements. Bookmark the permalink.